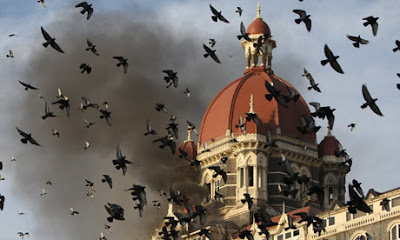 Few days ago multiple suicide bombings took place in several Metro’s in Moscow. The BBC homepage stated TERRORIST ATTACKS IN MOSCOW. My friend questioned ”What do they want there?”, I asked who are you referring to, he answered ”the muslims”.
Post 9/11 tragedy, the blame on how the faith; Islam and Muslim people can be blamed upon how the media extensively publishes biased articles dragging Islam and its followers down. Much of my childhood like many other Gurkha childrens was spent in Brunei which is also a Muslim country however living there I found no differences or conflicts between our and their religious values. We learnt to live alongside each other and respected each others values which is in contrast to the situation in Europe now where many governments are more strict towards Muslim conducts. Is this Islamophobia at its peak? Like the movie My Name is Khan stated, Rizwan Khan’s world was centred around the 9/11 incident. The world before and after was tottally different. 9/11 is the sole catalyst behind the tensions in society which is present today. Most people implicitly assume that all terrorists are from the Middle-East. My friend’s perspective of terrorism is unarguably influenced by the misleading representation by the media. Tabloid newspapers such as The Sun, Daily Mail etc in Britain only emphasizes such situations further by having bold headlines which have aims to create a divide in socity, a division in our ”multicultural community”.

Lex Limbuhttps://lexlimbu.com
Lex Limbu is a non-resident Nepali blogger based in the UK. YouTube videos is where he started initially followed by blogging. Join him on Facebook and follow him on Twitter.
Previous articleJharana and Lex : Kohi…Mero
Next articleBattling a butterfly at midnight!