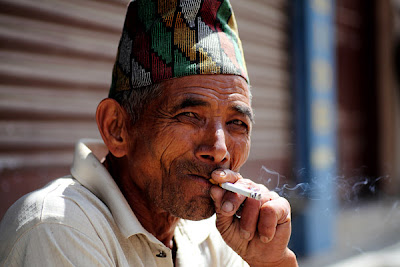 The government estimates that 15,000 people die every year of smoking-related diseases in Nepal. Nepal is to ban smoking in restaurants, bars and other public places and outlaw all tobacco advertising to try to deter young people from taking up the habit, the government said Tuesday. A new anti-smoking bill will also make it illegal for anyone under 16 to smoke, and introduce compulsory health warnings on cigarette packets, health ministry official Bal Sagar Giri told the media.
In 2006, Nepal’s Supreme Court ordered the government to ban smoking in public places and outlaw tobacco advertisements in broadcast media, but the ruling has never been implemented.
The new bill bans smoking in all enclosed public places including government offices, schools, hospitals and restaurants.