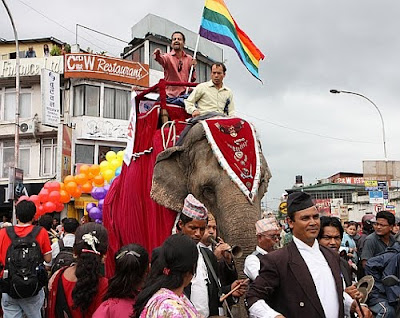 Nepals First Gay MP Sunil Babu Pant on an elephant
Now Im sure everyones used to seeing gay/transexual (LGBT) people during the Gai Jatra festival or at Thamel during the evening 😉 but this year things were more Grande! Blue Diamond Society hosted the first ever Gay Pride march in Kathmandu on August 25th 2010 which coincided with Gai Jatra. Hundreds of homosexuals, dressed in vibrant colours, danced through city streets carrying banners appealing for an end to discrimination. “This pride parade indicates that this society is starting to change and to see that all members of the community deserve equal rights,” said Dominic Hannigan, an openly gay Ireland MP who took part in the parade. 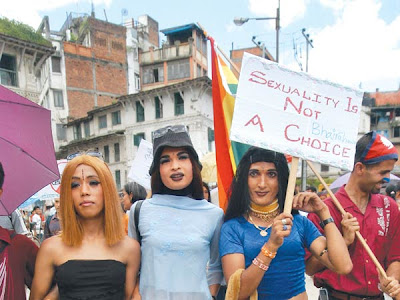 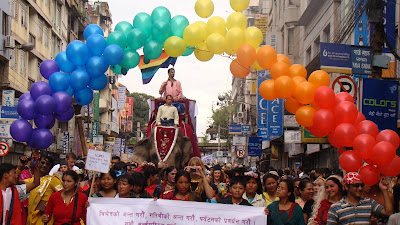 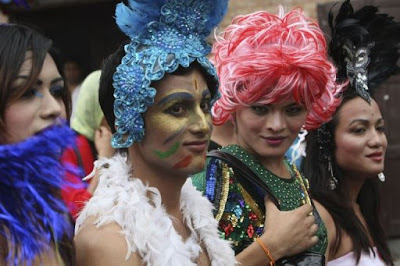 Look at those ‘chada’ akha. LOL 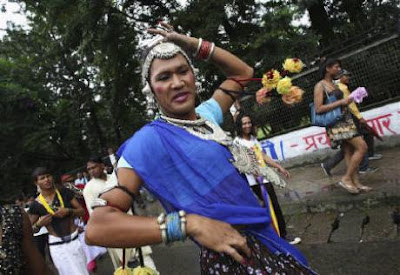 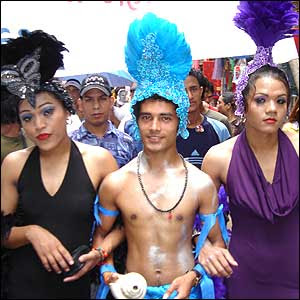 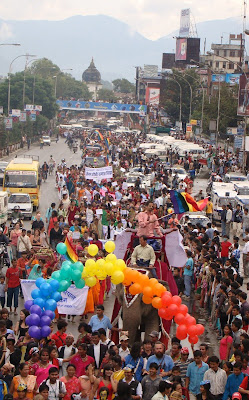 What do you think about GAY PRIDE in GAI JATRA? Gay Pride should be done as an individual event in its own domain and not mixed up with Gai Jatra. Thoughts?