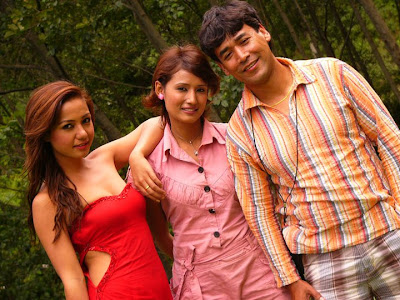 EK DIN EK RAAT is releasing on the 17th December! Read the synopsis below:
Story starts with opening of a lift and question answers on a road accident. Majority believe it’s due to some mismanaged traffic problem but Utsav(Vinay Shrestha), a news reporter, is sure that it’s due to some unseen power that led to accident.  His version couldn’t satisfy any of the reporters interviewing him. He is not believed by anyone not even his Boss who makes him prove what he said within 24 hours; so he is on mission to prove his verdict on unseen powers with his team of friends…. Ichchha, Jen, Rushan, Nil, Sabhya and Pralaya..
He has only 24 Hours…Ek Din Ek Raat to prove his belief…. Unbearable costs paid by Utsav during this mission. Yet, he could prove or not..remains the question and what the film is about…….
The movie stars Vinay Shrestha, Karma, Pooja Lama, Anup Baral, Dia Maskey etc.
For ONCE its not a love story! Check the trailers out.
Talking Movies with Vinay Shrestha in a few days time! STAY TUNED. 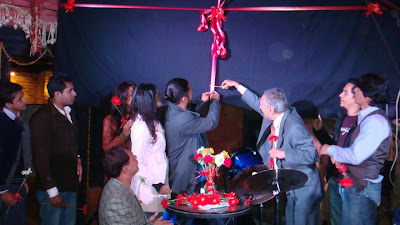 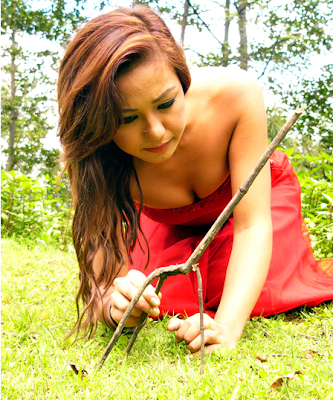 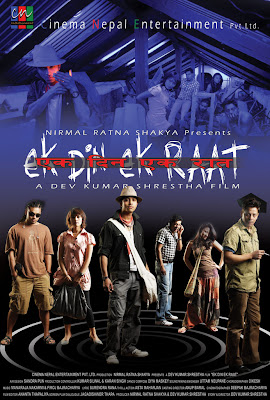 Lex Limbuhttps://lexlimbu.com
Lex Limbu is a non-resident Nepali blogger based in the UK. YouTube videos is where he started initially followed by blogging. Join him on Facebook and follow him on Twitter.
Previous articleWorld Premiere – Angalera by Aura
Next articleMaya Rana – Australian Nepali Model