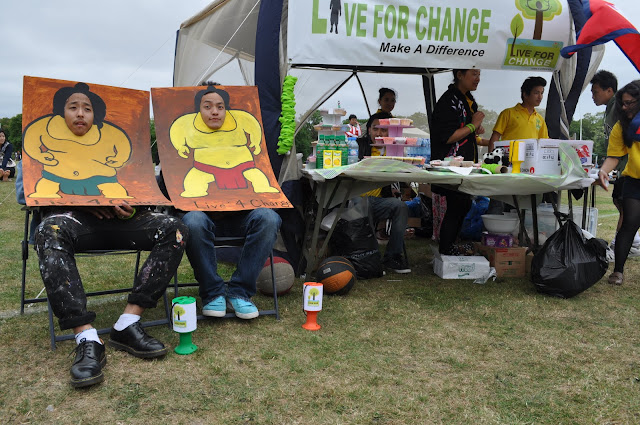 On 29th May 2011, Live For Change a small Nepali charity-organization made their mark at Gurkha Cup in Aldershot. The organization which is led by 8 key board members who are all of Gurkha background and currently studying/working in England was fundraising for their first project; Saraswati Peace School in Arubari, Gorkha.

Their stall came alive when hundreds poured in to take pictures with two entertaining figures posing as sumos and groups of boys coming to try their luck at the basketball shootouts. The team behind Live For Change though small in numbers tried their utmost attempt to provide a lot. From pani-puri, jalebi, cupcakes, fizzy drinks to Nepali achar, it was all being sold. Not to forget those eye-catchy lemon green wristbands.

The gross income raised from the Gurkha Cup event stands at £1441. Live For Change has vowed to make everything transparent and not leave the people out in an attempt to win over their trust and this is only the start of it. The youths will continue selling wristbands and collecting donations as in a few months time Lex Limbu and Nawal Rai will head over to Nepal to hand over a percentage of the total amount to Saraswati Peace School in Gorkha (in the form of assets ie, school equipments etc).

The team have looked beyond the peace school in Gorkha and have already planned a day to spend with several charities while they visit Nepal ranging from Children and Youth First, Esther Benjamin Trust to Nepal Goes To School. 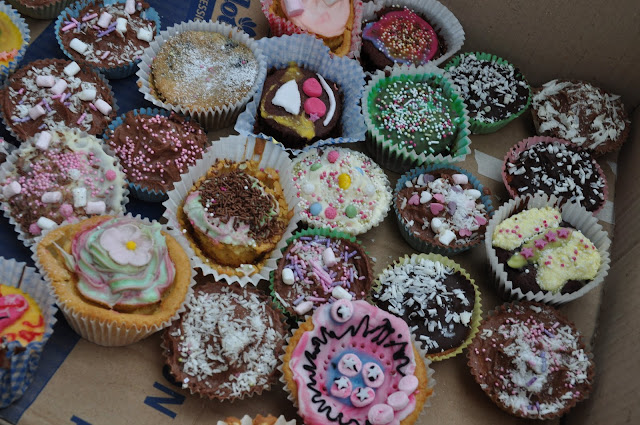 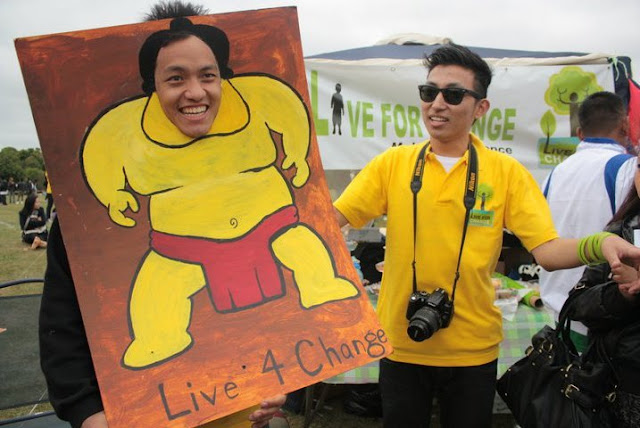 dhanyabadh sabai jana for supporting us. Start-up’s are a crucial time as breaking even is a big worry for us and for anyone who does business or run’s a charity. There were a lot in terms of the costs that we had put in, to buy the products and goods however we have full hope know that we at Live For Change will go from strength to strength – lexlimbu