Home Politics Sambhidhan – What’s Happening?
Facebook
Twitter
Pinterest
WhatsApp
Okay. If you are wondering what is happening with the whole sambhidhan issue then here’s what I know. The term has been extended for three months following a five-point agreement deal signed by the heads of three major political parties; UCPN (Maoist), Nepali Congress and CPN-UML. 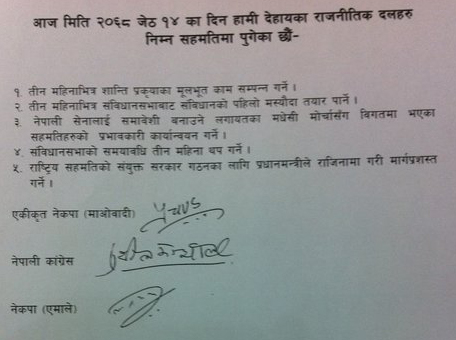 Here’s an English translation of the deal.
We the political parties have reached the following agreement today, May 28:
I really have no idea on how things are going to shape every day for the next three months and after that. There is already mounting dispute regarding whether the PM should resign or not. Nonetheless the main thing is to keep building pressure on the Government for them to do something. Break this deadlock. 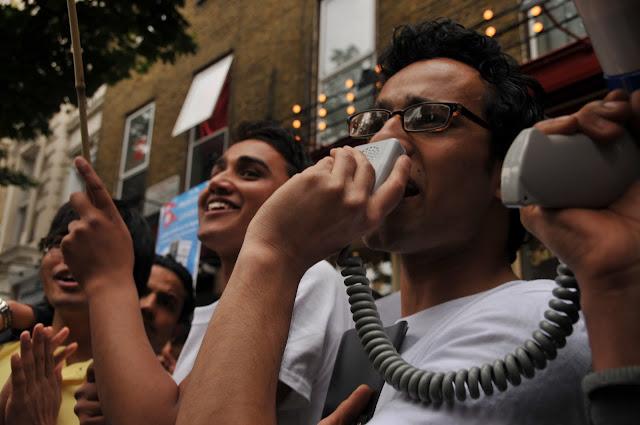 Recently Madhav Kumar Nepal left for a foreign trip abroad and few hundred had gathered to protest outside the airport against the trip. The message is clear and simple, no foreign trips until the writing of constitution.

Nepal Unites UK is fortunate to have received so much coverage by the media. We have been featured on OnlineKhabar.com, HKNepal.com, The Kathmandu Post, Republica, Everest Times, MeroUK.com and NepaliSamajUK.com