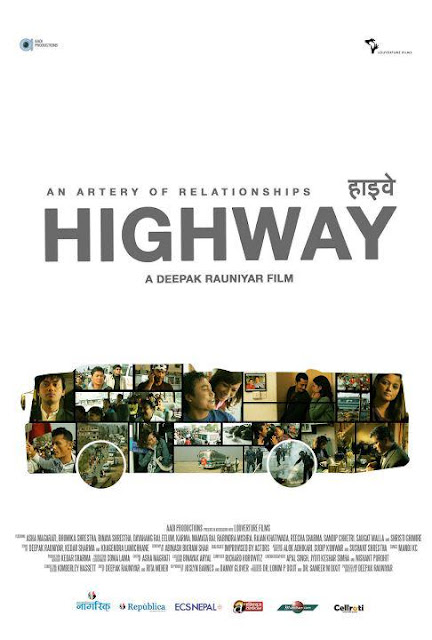 Highway is an upcoming Nepali movie which has been directed by Deepak Rauniyar that will easily raise a lot of expectations. Now one doesn’t expect much from Nepali actors and actresses but when there’s such a strong cast (consisting of Karma, Saugat Malla, Dayahang Rai, Eelum Dixit, Reecha Sharma etc) behind the movie we have to think twice before passing it by. Not only that but observing the poster of Highway which was done by Swapnil Acharya leaves one enamored by what’s yet to hit them. The marketing team behind the movie have done their job well as the online release of the trailer garnered over 5000 hits in less than 24 hours; that’s pretty amazing.

If the promotional campaign continues in such way and scale then Highway will unmistakably leave the ticket booths empty!
I look forward to more exciting updates, teasers and trailer ohh and get a screening going in London too 😀