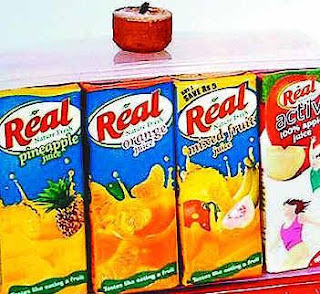 When Gokul Khanal purchased a packet of Real Juice from a Bus park in Bharatpur he probably was not expecting a worm along with it. Distraught Khanal who bought the juice from Ansu Retail Shop made it a priority to inform the media right away. This is not the first time that Real juice has landed itself in such controversies. Consumers have demanded action against such ill practice.

This come’s at a time when there has been a recent spate of investigations on food quality control which has led to a closure of several sweet-shops and momo-shops in Kathmandu.
Check out the  video which revealed the state of some sweet shops of Kathmandu. If it really interests you, keep following the related videos link as there are PART 2 and 3 followed by a Follow Up (Second Issue).
I’m not a fan of sweet’s but I find it very amusing when I think of the gudpack bhandar being shut because those gudpacks were sooo yummy and rich in taste. In a way I guess we Nepalis are immune to such bad practice. Ahh!
What are your thoughts guys?