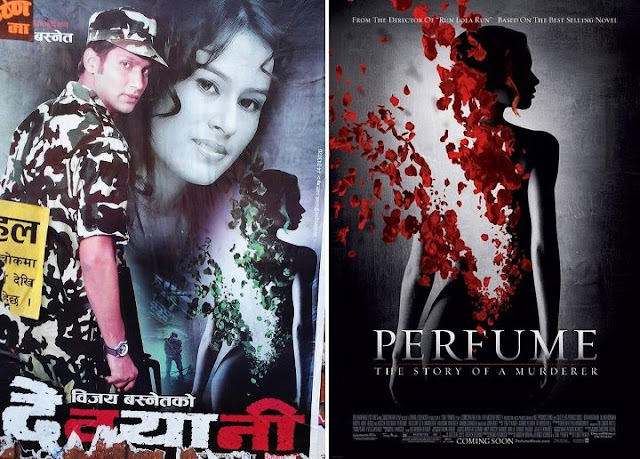 I don’t know why there have been more than several instances when posters of Nepali films have surfaced that have been literally copied or been a much too inspired from Hollywood or Bollywood movie posters. We have able graphic designers, poster designers in Nepal that one can utilise but I guess when one who does not have a skill in creating such posters is given the task then cases such as ‘Devyani’ [poster] happen.
But I guess for the team behind the movie this poster is ”dherai ramro! dekhiyeko bhanda nikkai naya dhaar ko” etcetera! What a let down… if you want to copy then copy well and make it better.