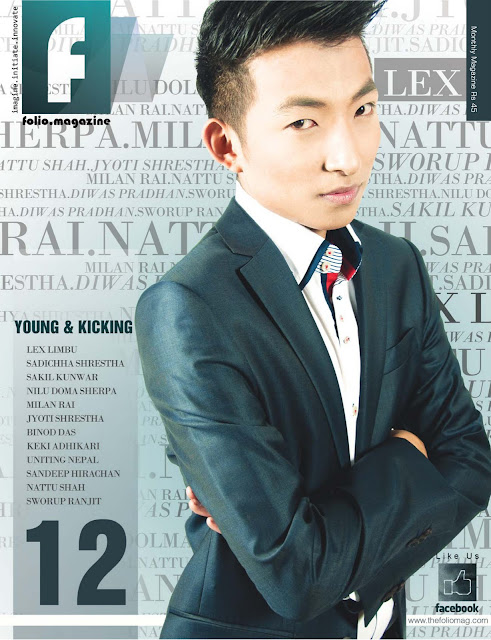 It may have been the illest kept secret but it’s out now. Voila! The spotty flawless me on the cover of Folio Magazine – December issue. Its only 45 Rupees guys and if ever there was something you wanted to do for me then here’s your chance… go to your nearest stationary and buy the magazine when it hits stands next week!
I’m pretty sure that if Folio mag had not kept up their tradition of putting ‘men’ on cover then I would probably not have got this opportunity as every other magazine believe in the notion only female covers sell [pfft, wait till I go topless LOL]. I don’t know what stats and sales say but I am sure that much of the reader base of magazines are made up of women/girls in Nepal. It make’s sense to have buff/good looking guys on cover but sadly we don’t see that. Folio are going against the tide and trying something different to which I salute them for.
So yeahhh I’m glad that this is a Young & Kicking special and alongside me there are several talented young individuals featured including Youtuber Nattu Shah, Sakil Kunwar and Sadichha Shrestha [andMORE]. Send me a pic with you and me [Folio Mag] and the five best photo’s will be published on the next issue as well as on lexlimbu.com and each of the five will receive a coupon from Foto Hollywood! 😀
EM@IL: lex@lexlimbucom.wpcomstaging.com
THANK YOU
Karuna Gurung
Chhimmi Gurung
Premila Van Ommen
PS. Thank YOU – you guys are the reason behind my growing popularity 🙂
Oh and I really like the cover, aside from obvs me being the main focus, they havent really put other mini headings etc etc which most magz tend to do. But let me not be too critical on my own cover… I’ll end up offending myself. 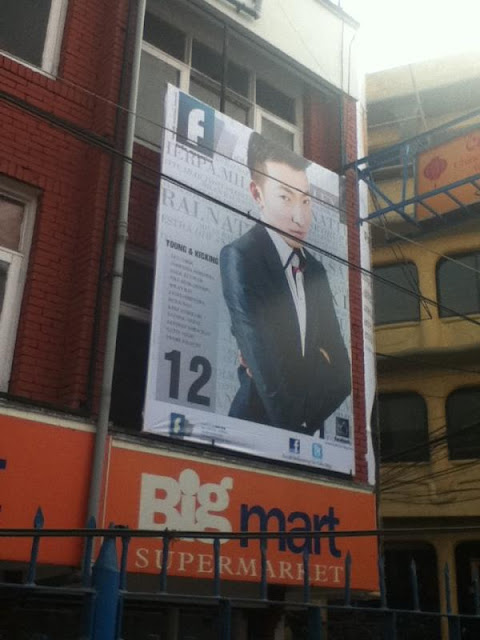