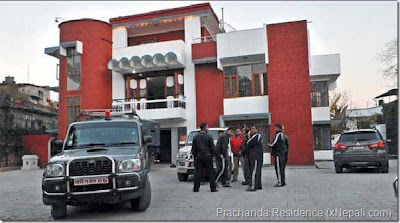 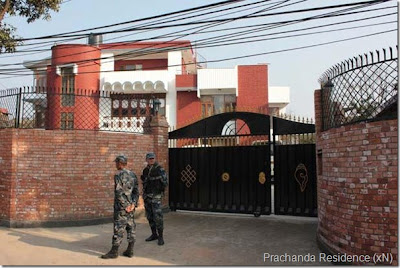 So the news that Maoist leader Prachanda moved into a new lavish ”mansion” in Lazimpat is not only creating headlines nationally but has also been covered extensively by who but India and the UK. Few other countries too… I won’t be too mean. The move was made citing security reasons and his new humble abode has 15 rooms, parking for more than a dozen cars and even a table tennis room.

When I read ‘table tennis room’, I was like oh a tennis court?? I’m sure it’s just a spare room with a table tennis in it right? Like who has a ROOM for table tennis? Sounds very amusing. Just call his house a big house with many rooms. It’s far from a stereotypical ‘mansion’ which would probably have a swimming pool, gym and a garden big enough to host a wedding. Nonetheless, many aren’t happy with his move as the ‘mansion’ costs a staggering 800 GBP per month!


One question is, what type of house did Prachanda live in before? I must’ve been naive as I expected him to live in such type of house previously. What are your thoughts about this? Slightly confused as to whether his new mansion has a swimming pool and a badminton court or not as The Telegraph suggests it has.