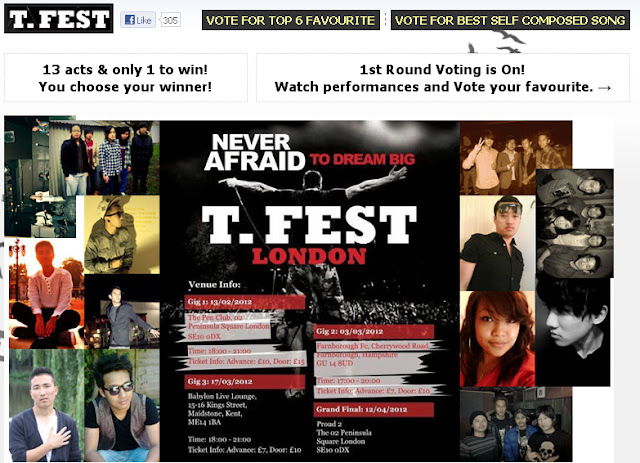 I seem to be jumping on the Nepali timing bandwagon here, sorry for the slow updates. Being extra busy lately thanks to ‘being lexlimbu’, but gettting to the point… Voting for T-FEST is now OPEN. You probably have seen the contestants videos being published on lexlimbu.com/shared on facebook etc each day, if you liked any of them then now is your chance to vote for the one of your choice.

There are two categories; TOP 6 and Best Self-Composed Song. The TOP 6 with the most votes will go through to the finals which will take place on the 12th April in London and the votes from the ‘Best Self-Composed Song’ will be added on from each round for the winner to be announced on the 12th April too! Voting time is limited and only open till this Friday 2nd March till 23.59PM, so get voting; ITS FREE!

With the first gig down, there are still two gigs left for the 13 contestants to perform in. Catch them live on Saturday 3rd March in Farnborough and Maidstone in 17th March. Voting will also follow on after those rounds.