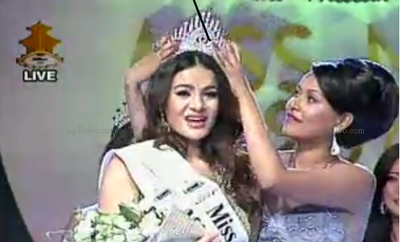 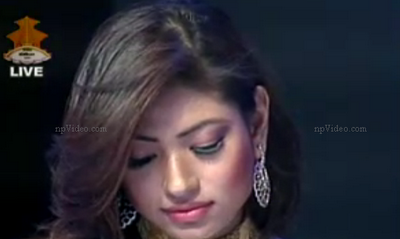 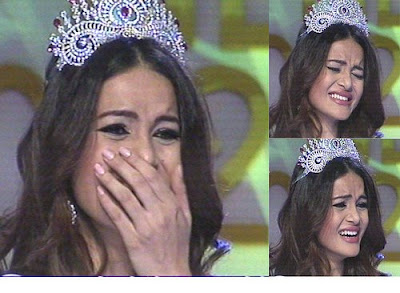 Talk about a show!

Live streaming of the heavily anticipated Miss Nepal 2012 just wrapped up and Shristi Shrestha victoriously received the crown from Malina Joshi for Miss Nepal 2012. Quick names of the title winners below:

The grand event which was held at the Annapurna Hotel, outdoors for the first time was hosted by former Miss Nepal beauty Sahana Bajracharya and Biraj. They did their job pretty well, dhukka dhukka saath, however I must say the amount of time that the advertisements were played had us viewers constantly tweeting. Very tedious. Nonetheless, huge shout out to one of the judges and dress designer of Miss Nepal 2012, Vishal Kapoor for the beautiful dresses and ethnic wear. Huge improvement from last years clothes. I have to control my thoughts regarding the performances but honestly tell me how you guys felt? The dance performance by Steps Dance Studio (Yay or Nay) and the musical promo performance by Raymon Das Shrestha, Vinay Shrestha and Shreya Sotang for Visa Girl? It was good, but karaoke good. On a positive note, I am looking forward to VISA GIRL, the movie.


On the panel there were few prominent faces including Miss Nepal 2010 Sadichha Shrestha, actress Reecha Sharma and Kush Kumar Joshi as the Chief Judge. Mr Joshi also provided the final answer for the TOP 5 girls. Whilst the stage decor was very plain jane, dull and dead, one must praise the video montage that was played in between. Nice effort.


I was really rooting for Alisha Kunwar, during the TOP 10 question round I felt that she received the most difficult question. If you remember, it was regarding federal state and so on by the judge affiliated to WWF Nepal. Even though she didn’t look at ease, I felt for the level of question that was given it was a satisfying answer. Quite unfortunate to not have her in the TOP 5.


Now… TOP 5. Hmmm… I think once the question was set (something that will make everyone remember you, quite simple) and the answers given we all knew who would be the title winners for the top three. I personally liked Subeksha’s answer the most; genuine, real and she spoke with ease. Nonetheless, the day decided differently. I guess with beauty pageants a thing that will always go on forever is the conversation, who was more deserving. Let the discussions ensue.


PS. Having Shristi Shrestha in Miss World automatically increases chances for us, hopefully we’ll be able to crack something! Same goes for Nagma and Subekshya too.
#PS. Malina Joshi’s speech = long but class! She is amazing.