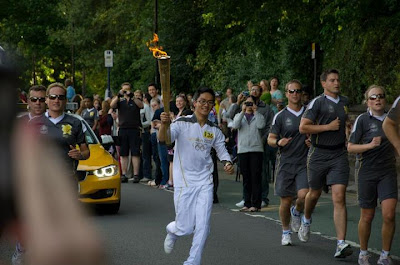 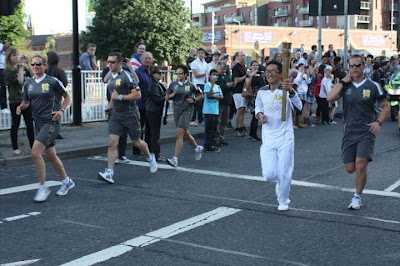 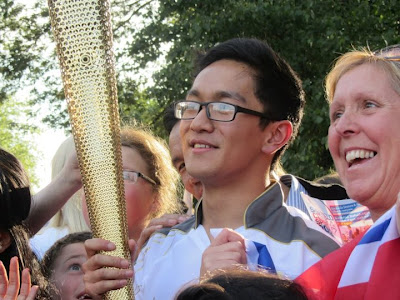 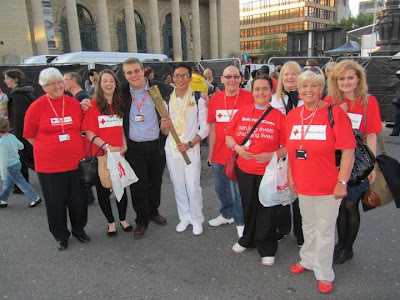 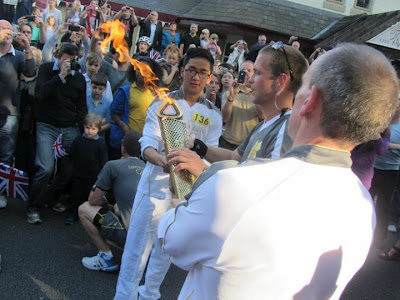 Britain is bracing itself for one of the biggest summer in its history thanks to the Olympics 2012 taking place in Stratford, London from the 27th July. To spread the spirit of Olympics around Britain, an Olympic Torch relay began on the 19th of May when Mayor of London, David Beckham and over 80 guests brought the Olympic flame over to Cornwall (UK) from Athens, Greece. On the 25th June 2012, 18 year old Suman Gurung from Doncaster got a once in a lifetime opportunity to be a torchbearer in Sheffield. Suman was recommended to be a torchbearer by his manager Sue Sowerby for his diligent volunteering at the British Red Cross charity shop in Doncaster town. Ecclesall Road came to life about 7pm as the torch relay vehicles and Suman Gurung with the Olympic flame lit up the faces of the few hundred that came to witness the event.
Well done to Suman! Now that’s a story worth sharing with your grand-children. Kudos to British Red Cross too! The relay comes to an end on the 27th July 2012 just in time for the opening ceremony. Shout out to Indu Gurung for the photos.