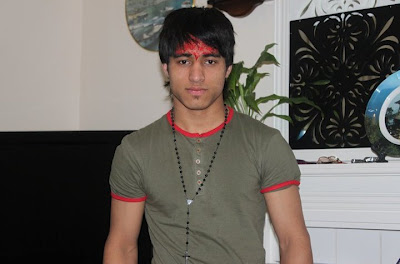 An ill-fated incident recently took place in Brighton beach on the 19th June 2012. 21 year old Amit Baruwal Chhetri and a group of friends were visiting the beach city of Brighton for a day-trip. Amit and friends were enjoying the cool water of the beach when Amit apparently found difficulty in staying afloat and shockingly went missing around 2.20pm on Thursday (19 June). Now I am not too sure regarding the details of what exactly happened regarding lifeguards, reactions from friends and the general public, however UK’s popular newspaper Daily Mail, London Standard and BBC have reported that rescue operations lasted for hours until the missing body was found washed ashore at 5.20pm on the same day. Truly saddening.


Amrit came to the UK in 2009 from Beni, Nepal on an international student visa hoping to study and return back to Nepal one day with a recognised qualification. The young man was based in London.

UPDATE: Amits relatives in the UK will be holding his funeral in London soon, the date which was fixed to be held on the 5th July has been postponed until further notice. The funeral will be attended by family and friends from the UK. Any one else wishing to attend are more than welcome. Due to various reasons his family from Nepal will not be attending the funeral that will take place soon.


LEXLIMBU.COM WILL NOT BE COLLECTING FURTHER DONATIONS THEREFORE THE ACCOUNT INFORMATION HAS BEEN REMOVED.