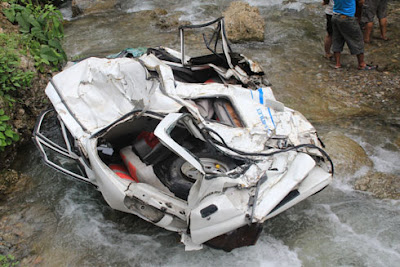 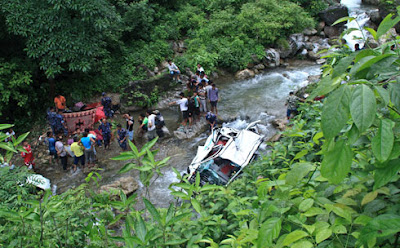 Hearing stories about plane crashes and buses falling into rivers just emphasize how dangerous it is for people to get from A to B in Nepal. Only few days ago fifteen people lost their lives whilst two have been left seriously injured when a jeep flew 100 meters down into the river at Jorte of Baudhapokharathok VDC on Saturday morning. Getting down to the basics of the story is even more disheartening. It’s believed that there was a large group of family heading to Kaligandaki Ghat to scatter the ashes of a deceased member when the accident occurred.


Now the main reason behind the crash is still unknown however investigators report that the loss of control of the vehicle could very well be the key reason. It’s said that the accident took place at 1 in the morning with the discovery of the accident site only made at approximately 6AM. There are so many areas that needs to be focused on in our country, so many sections which the government still has yet to reach yet majority of the times all we see them doing is allocating budgets from here to there or introducing new regulations for their own benefit. In general, infrastructure is a key player in development. Lets work on our infrastructure now so that it doesn’t push us back further.