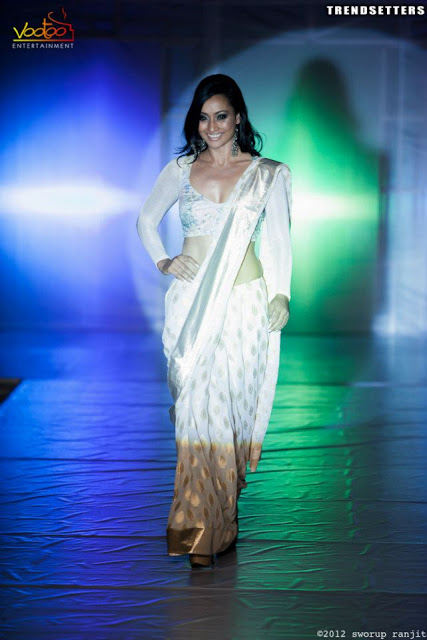 Former Miss Nepal and actress Jharana Bajracharya is once again grabbing the front pages of Nepal’s leading dailies for setting the stage on fire as the showstopper for designer Tenzin Tseten Bhutia’s collection KETI.

Jharana fans will be pleased to know that the Love in Nepal actress has recently signed a new film titled ‘Safe Landing’. The actress who was last seen in Alok Nembang’s Kohi… Mero in 2010 has already commenced the filming for Safe Landing which is being directed by Malaysian director Sandeep Joeseph. In addition to that, the film has been backed by Rahul Agrawal from Malaysia and Basant Bhandari, a non-resident Nepali based in Australia. Jharana will be seen in the character of a police-woman in the film.