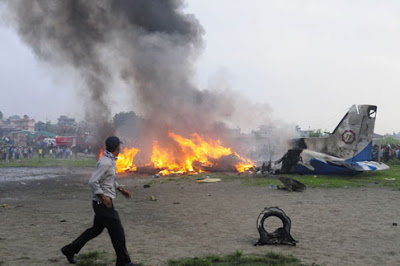 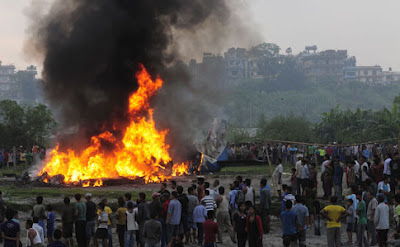 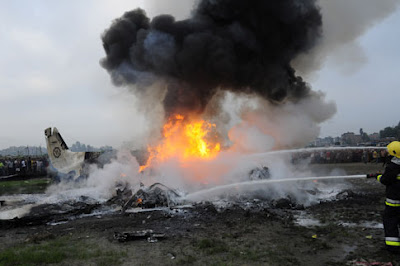 It’s very saddening to wake up early morning to news of yet another unfortunate plane crash in Nepal. 19 people died on board Sita Air on Friday morning very very shortly after take-off when the aircraft crashed near a riverbank in Bhaktapur. The nineteen are made up of seven Britons, seven Nepalis and five Chinese nationals. TIA civil aviation office have shared that the crash took place due to the aircraft hitting a flying bird. As written on Republica, “according to TIA GM Ratish Chandra Lal Suman, pilot Tendukar had informed the air traffic control before the crash that the plane had hit a bird”.

What is the missing link here? The plane hits a bird and such disaster strikes? This seems far too simple. We’ve heard and read about several instances when birds have obstructed the runway in Kathmandu airport and various other parts, if this is such a major problem that it could kill people then maybe its hightime we invest in some technology or people to keep the birds well away from the airport and its surroundings. I used to believe that Buddha Air was the safest Nepali airline until it crashed this time last year. Should we always travel in fear? More than that, with tourists dying, this negatively impacts on the growing tourism industry of our country. This crash will probably be followed up by some ‘panel’ to investigate the cause, once they do find the cause and submit a report will they ever do something to mitigate such disasters in the future? Bring new policies, set new rules, make training or flying more strict? So far it seems that public interest in such cases have rapidly vanished after few days of the crash and the aviation authorities too work in a very light manner.

To those that have always expressed their dissatisfaction with the domestic airlines in Nepal, I have consistently shared my optimism and hope. Gave examples that our country has one of the most challenging terrains in the world; flying is bound to be difficult and some crashes are likely to occur I said. However, things are [always have] starting to take the piss. The irrational side of me says, airlines with several crashes in their CV should just be put out of service.RIP.