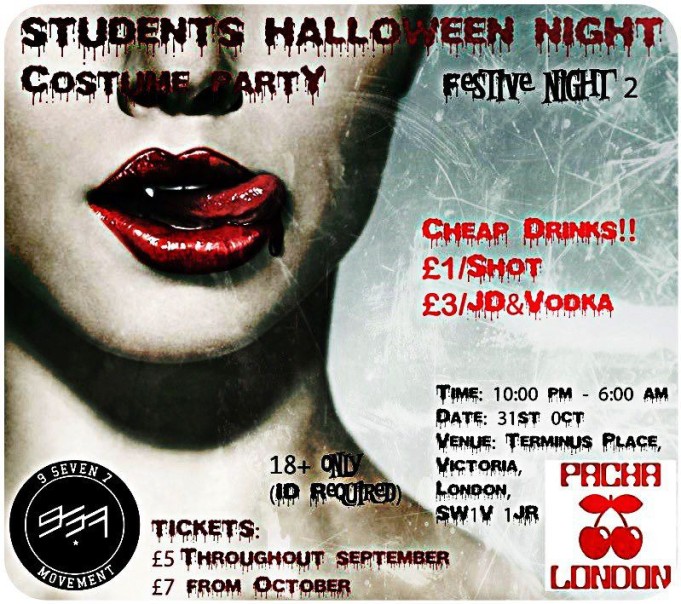 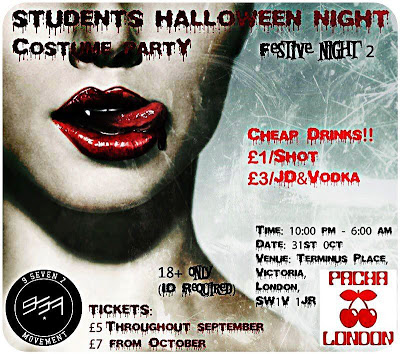 October is definitely by far the biggest month in the Nepalese calendar. Not only do we have Dashain followed closely by Tihar but we also have Halloween on the 31st October. Halloween is your excuse to dress up, be outrageous and sluttier than usual. Get those sexy nurse outfits on and smear the fake blood appropriately around where you want to draw attention as 9Seven7 Movement are back with FESTIVE NIGHT 2 – The Student Halloween Party! This is their first party after their successful YOLO Tour and they are back at Pacha Club in Victoria. We all know how difficult it can be for students to get the money for a good night that’s why the boys have fixed up a super-affordable entry fee, it will only set you back £7. The party falls on the Halloween night on Wednesday 31st October so don’t worry about walking around London dressed as a witch. The bar will be offering student prices on the drinks, you guys are the total winners here!

Before you worry about your outfit, get your tickets now! That’s the most important part. After that, hit them online shops and raid those tacky camp party shops you’d normally avoid because it’s time to let loose. Sexy nurse, vampire, witch or you can simply show your hot bod off by going as a Greek God. Why not aye?

To find out how you can get hold of tickets –

Below is a reminder of few of the nights by 9Seven7 Movement.