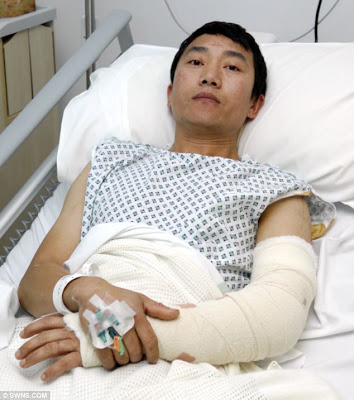 Proving that Gurkhas are one of the world’s most fearless fighters, recent news of the stabbed [former] Gurkha soldier who fought off an attacker and trapped him until the police arrived have grabbed headlines in the British media. Thirty-eight year old Taitex Phlamachha was walking in Maidstone town centre with his wife at approximately 10.30PM on 7th October (2012) after withdrawing cash at a nearby cashpoint when the muggers attacked. During the attack, the former Gurkha soldier was able to successfully hold on to his attacker and throw his phone to his wife to seek help. What the war-veteran didn’t know was that a six-inch blade was left stuck inside his arm.
After the incident took place, he was treated for serious injuries at Maidstone hospital. The attacker Jamie Hall, aged 39, has been charged with attempted robbery, grievous bodily harm with intent, possession of an offensive weapon and common assault. He has been remanded in prison.
Very glad to know that his health is not in danger, hope the attacker learns his lesson the hard way. 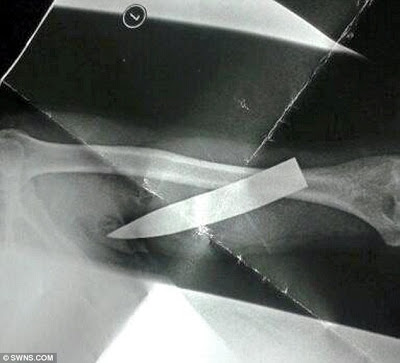 PS. You can read the full low-down here on KentOnline!
Join Lex on Facebook!
Read More:
Gurkhas in Afghanistan
Gurkhas Pay up to $30 for Chicken