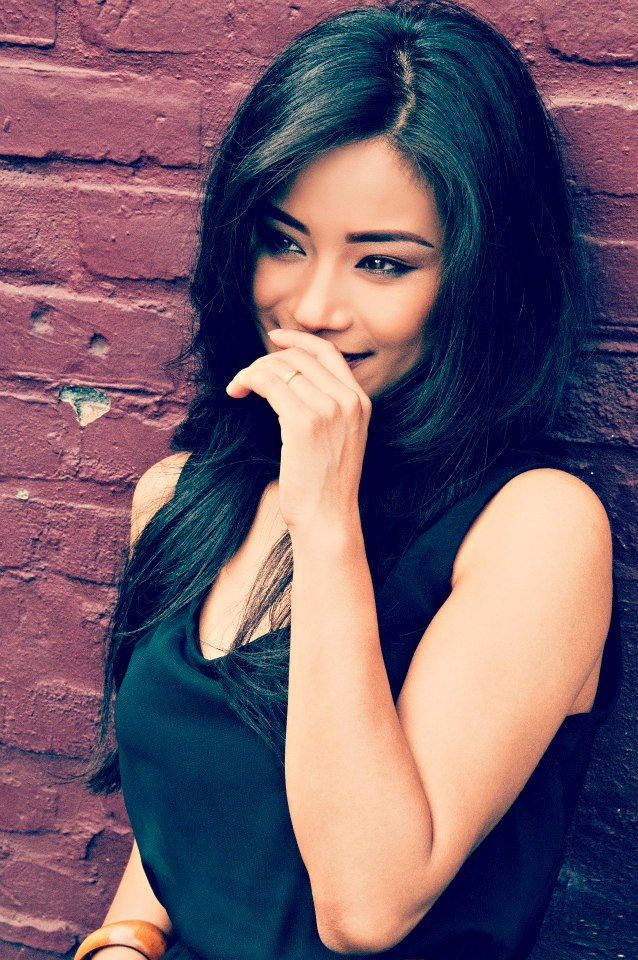 The third Miss Nepal US  is all set to take place on 17 August at Queens Theatre in New York but that still has not stopped former participants and team members speaking against and urging the public to boycott this years event. Following the recent chit chat with current Miss Nepal US 2012 Astha Shrestha, I caught up with beauty queen Sarah Gurung to talk about what exactly happened. From alcohol misuse to a “member” coming into the room, Sarah holds nothing back to give her side of the story.

The Miss Nepal US organization has remained tight-lipped throughout all these accusations. They might even be enjoying this free publicity, you never know! Popular beauty queen and personality Malvika Subba also arrived in New York on Thursday, 8 August. The former Miss Nepal is the chief choreographer for this years event.

This is definitely the last of my Miss Nepal US ‘chit chats’ – well atleast for this year 😉 . Lets hope I won’t have to chat to Malvika Subba next year about Miss Nepal US, aha! 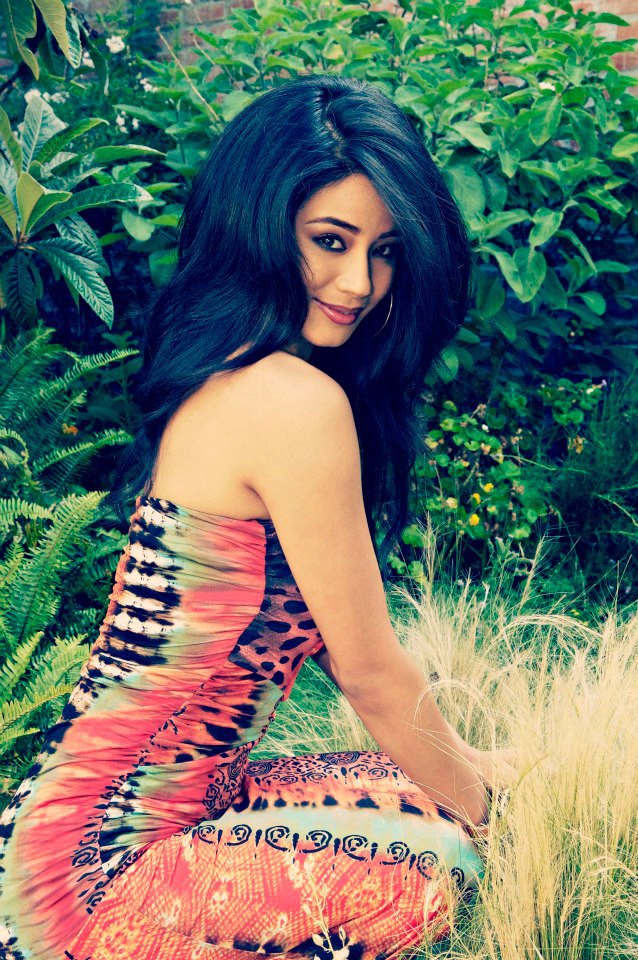 LEX: When did you first get involved with Miss Nepal US?

SARAH: I was originally asked to help in 2011 but since I was travelling to Japan for a family visit, I could only help with the auditions which were held in LA. At that time, I was one of the judges who got to see all of the Los Angeles based contestants and interview them to see who would move on to the actual pageant.

LEX: How were you involved with the organization?

SARAH: Based on my experience, I decided it was best not to be part of the pageant this year. Previously, I was recruited by the organizers in 2012 to do the choreography and train the girls, so basically, I became the on-site Mom. I experienced so much myself from Miss Nepal 2004 and thought this would be a great opportunity for me to share what I learned and gained. Even though I only had one week with the girls, I wanted to pass on all of the same lessons that I received from my choreographer, Rachana Gurung Sharma, who is still a big inspiration to me until this day.

LEX: How was the working experience?

SARAH: Honestly, I thought this pageant would be a great platform for Nepali girls living here as well as a great promotion for our culture and tradition. From my own experience in pageants, I feel that they allow us to want to be good representatives of everything we owe credit to and help us gain more confidence as well. I grew so much during my time in pageants and wanted the same for all the girls. Unfortunately, one thing after another turned out far different from what I had expected it to be. There are several examples but to try and clearly show why I could not stay in the shadows, I will mention a few specifically. From the beginning, I was told there would be a maximum of 20 contestants and planned my routines for that many but as the date drew closer, it became 25 and then 28. I had spoken up to say that adding more girls would be difficult because of the lack of time and space to coordinate and train that many, plus the original girls were all told there would only be 20 finalists. In the end, being able to charge more contestants for this event was more important. Behind the scenes, many problems started between the members yet the President of Miss Nepal USA, Amit Shah, seemed to be less and less willing to stand in the lead. This was really obvious when he started asking me to write replies to questions and interviews for him. One of the interview questions he asked me to answer was even, “why did you decide to start the Miss Nepal US pageant?” I did it at the time to try and support him but I should have realized what a bad sign that was. There were so many internal issues amongst the team that should have been more professionally dealt with. One member, Sarad Bikram Singh, was constantly calling and telling me to keep promoting a previous year’s contestant, Nabina Basnet, who won a title and was a good friend of his. He even told me to threaten the founder by saying I would quit if I don’t have her beside me as another choreographer and she needs to be paid. I didn’t see why I should be involved. He wouldn’t just intimidate me but also many of the other volunteers and girls too. There were many times I was on the phone for hours or in meetings until 3 or 4 in the morning even crying because of the things going on and how Sarad would be speaking. It finally got to the point where my own husband had enough and took the phone one day and scolded him and the rest of the members on the phone, telling them how disrespectful they are being and that the whole purpose of the pageant should be to promote and honour the women of Nepal… not degrade and bully them. I guess those weren’t the only intentions though. Against my suggestions, Sarad and another member Sailesh Shrestha said it was necessary to have alcoholic drinks (even though not all the participants were 21 and regular FOOD was not sufficiently covered) so that we can promote how fun the event is for future applicants. It really bothered me more when Sailesh came to me (knowing I am married) and told me not to invite anyone to my room because he wanted to come up later with some alcohol. Coincidentally or not, one member “mistakenly” walked into the girl’s dressing room while they were changing. What went way too far though was being called by one of the contestants very late at night to her room because he was drunk and refusing to leave. I had to get another organizer to help pick him up and remove him from the room, extremely embarrassed because there was even a contestant’s mom in the room. After the event was over, even more controversy came as many of the contestants began complaining about what they had gone through and wanted answers from the founder. I couldn’t believe that he again asked me to write a response to everyone for him and help calm them down. I wasn’t going to take all the responsibility for him that time, so I refused.

LEX: What is the reason behind your support for the Miss Nepal US boycott, currently campaigned by former Miss Nepal US participants?

SARAH: First off, to be clear, it’s not really that I’m against Miss Nepal US. I’m only against the exploitation of a platform that should be meant to empower Nepal and the women that represent Nepal here in the US. That’s also why I gave a few specific names because overall, there were many hard working and dedicated people involved and I can only speak on what I personally saw or experienced. It’s sad to see what could be great ways for us to build our community here being taken advantage of. By now, many people are aware of the other articles about all of this. I grew close with the girls during the hours we spent together and wanted to at least let the truth that I experienced be known. Being in their shoes before, I also learned what being a gracious competitor means but don’t believe that they are just being “sore losers.” They have valid points and I have experienced some myself to know it. Even after the event, I was being called by Sailesh so much that I stopped answering his calls and he started calling from other numbers. One time, my husband answered and he pretended to be someone else named Brad until he finally admitted it was really him and my husband scolded him for not being a man enough to even use his real name and to stop harassing me. It stopped for a while but as soon as the letter from the girls came out and they put my name with it, I really started hearing about threatening comments that were made about me by him. Not sure if it was true, I called him along with my husband on the phone and he ended up denying that he said anything but then accused me in front of my husband that it wasn’t him that was drunk at the event but it was me and another organizer that was drunk instead. Once again, my husband scolded him for lying since he spoke to me many times that night and knew I wasn’t drinking at all. After that, Sailesh just yelled nonsense and my husband told him not to contact us anymore otherwise we would have to file a harassment case. The more this has gone on, more comments are being made by so many people hiding behind fake names and phone numbers, I just felt it necessary to say this. My hopes are that by opening up in support, more people will be aware that this kind of treatment should not be part of these events.

Lex Limbuhttps://lexlimbu.com
Lex Limbu is a non-resident Nepali blogger based in the UK. YouTube videos is where he started initially followed by blogging. Join him on Facebook and follow him on Twitter.
Previous articleSabin Rai, Axix Band & More Rock Ashford
Next articleWho Looks Better? Bidhatri, Asmee or Priyanka?