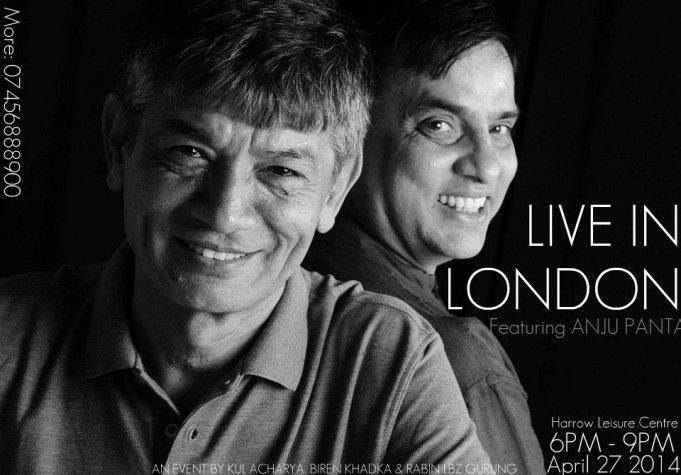 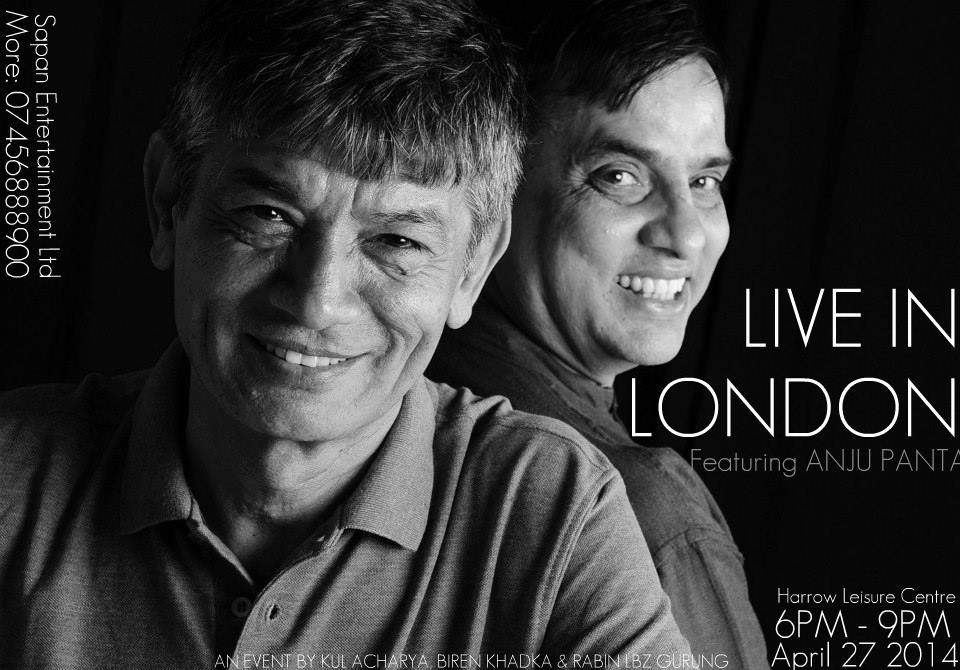 The popular MAHA JODI will be heading over to the UK in April to perform a set of shows. The London show has been confirmed for the 27th of April at the Harrow Leisure Centre. The duo Madan Krishna Shrestha and Hari Bansha Acharya recently concluded their MAHA YATRA tour in Australia where audiences from all ages have been left the show fully satisfied with guaranteed dose of laughter. Alongside the A-List comedic duo will be one of the biggest voice of Nepal right now, the woman who is heard in rural villages to urban cities – she’s none other than Anju Panta. I am sure the audience will love hearing the song Na Birse Timilai, Na Paye Timilai by the singer herself.

It is set to be an evening with non-stop entertainment from 6.30PM – 11.30PM. MAHA JODI and Anju Panta will also be entertaining the Nepali community in Aldershot on the 26th April and Folkestone on 4th May. The Naya Barsha Subha Kamana Saanjh has been organized by former NRN UK president Kul Acharya, Biren Khadka and Rabin Lbz Gurung. In addition to that, the event is being supported by Sapan Entertainment Ltd. Tickets for the show is now on sale and as I always say, if you know you’re going – might as well buy it now and save that £5.