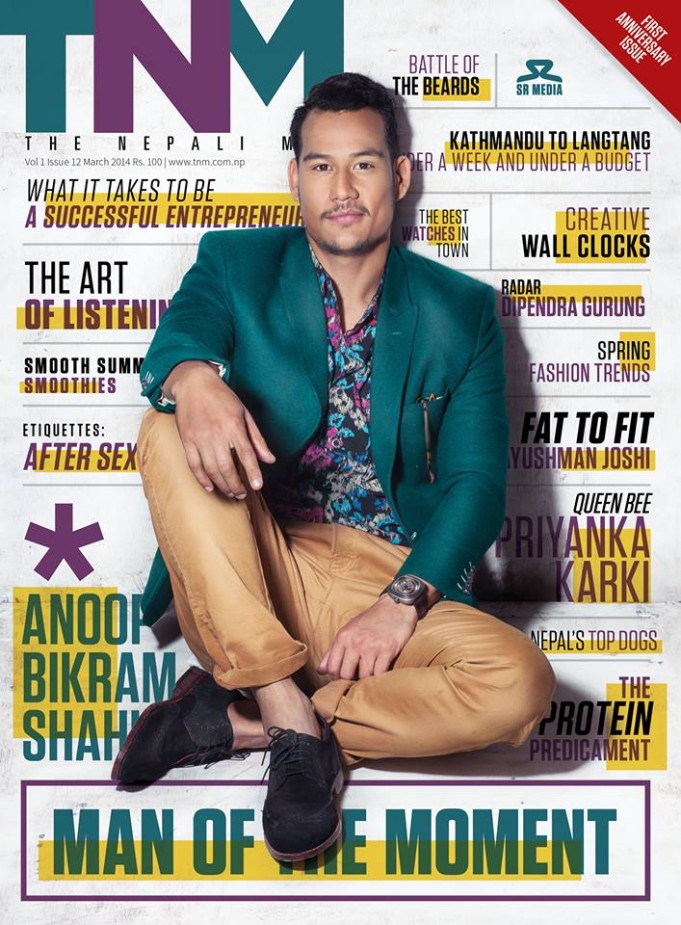 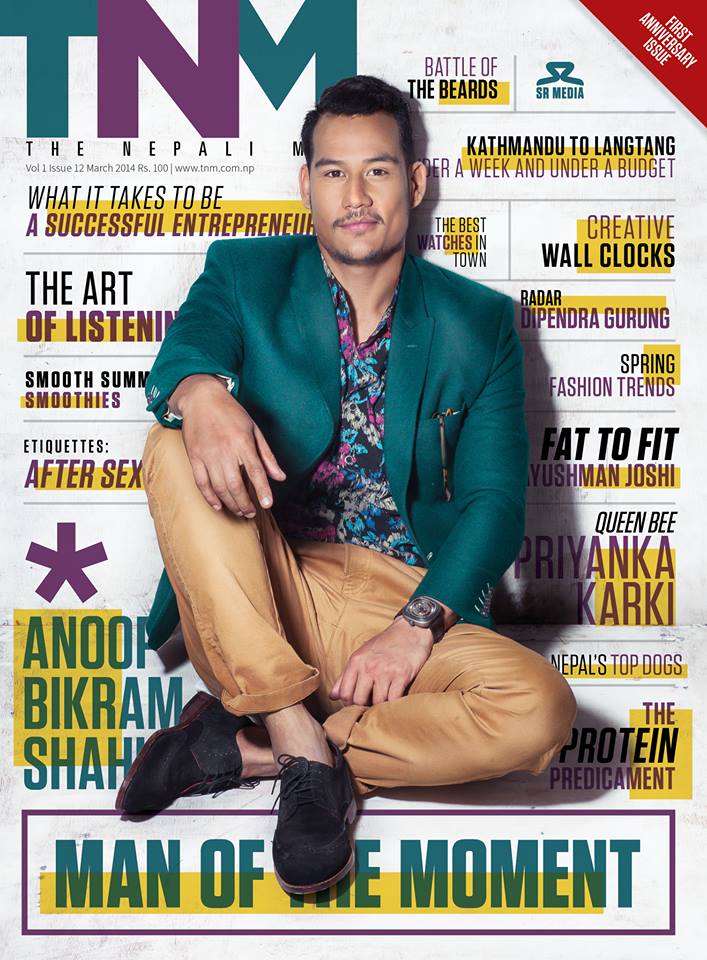 Manhunt International Nepal 2013 Anoop Bikram Shahi has landed on the cover of TNM magazines anniversary issue! The “Man of the Moment” has been photographed by Shashank Pradhan and I’d like to give a special shout-out to the team behind the styling because Mr Shahi is looking on point! The handsome face of the Nepali showbiz scene has already appeared in the Nepali superhero film SOURYA and is currently awaiting the release of the action flick HASIYA!

I am really digging the green blazer from Pozak. Hmmm I need it and I never really say that about clothes.

Anyways! Congratulations to The Nepali Man, Nepal’s first complete men’s magazine for turning one. Looking back at the previous issues, I really liked the cover with Paras Khadka, Anil Keshari Shah, Manose Singh and even the Young Guns one! Keep it up TNM!

PS. Since its Monday – here it goes #MCM (man crush Monday). Keep an eye out for #WCW. 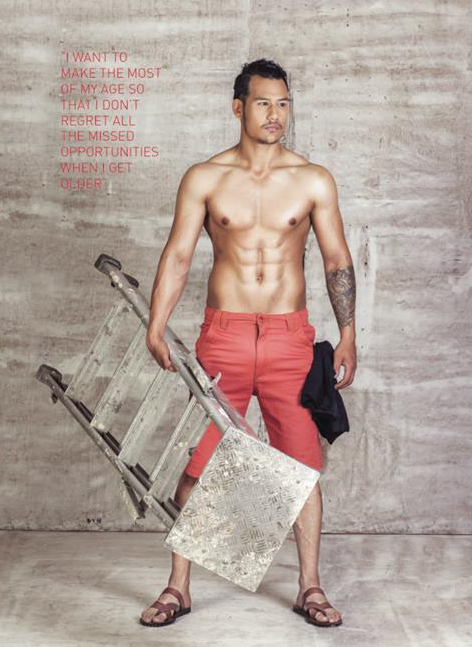 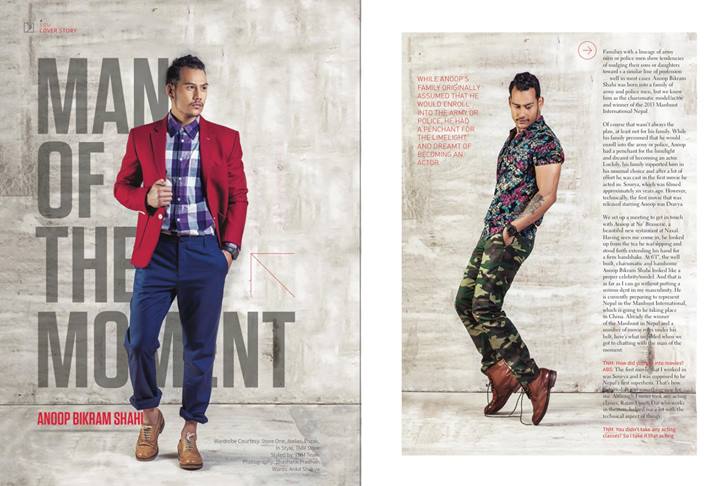 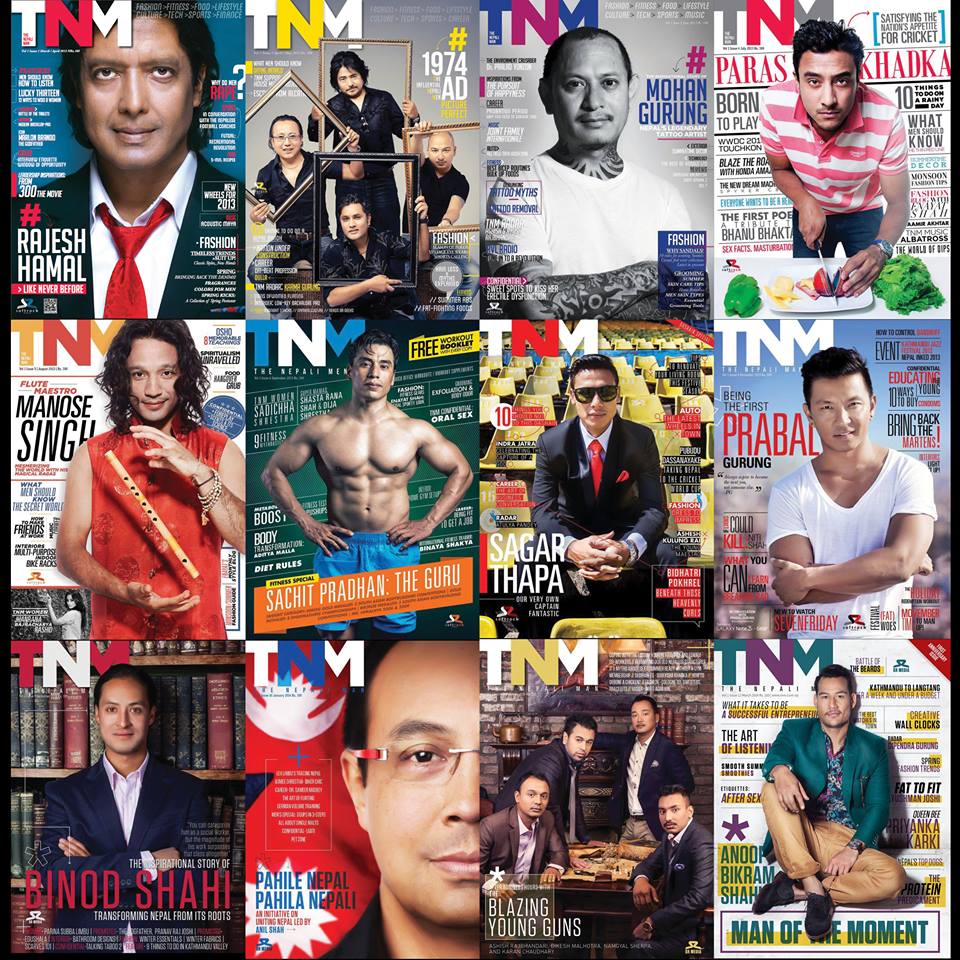