1974 AD and LAURE touched down in London earlier today. The band and the rapper will be performing at LG NITE UK on June 7 at the o2 Academy in Brixton, London. The LG Association have made quite a name for themselves within the Nepali events scene in the UK and the upcoming gig looks set to cement their position as a crowd-drawing event company. The event company saw a packed crowd at their first event with Jeewan Gurung from The Edge Band and if all goes well then the upcoming LG NITE UK gig with 1974AD and LAURE is set to be bigger and better! 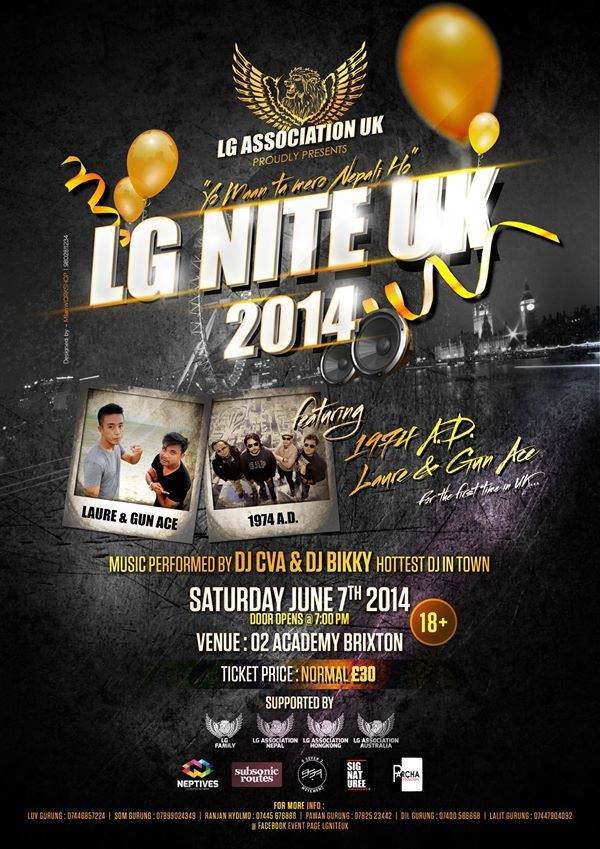