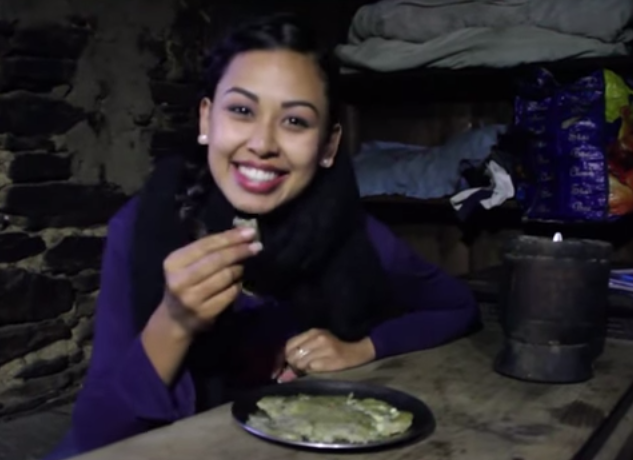 I’ve been super slow with the blog updates and trying to catch up is proving to be quite a task! Here’s the eco-beauty video by Miss Earth Nepal 2014 Prinsha Shrestha. The video follows Prinsha as she travels to the Everest region and presents an idea for the locals so that they can be part of and benefit from the influx of tourists in and around their homes. Shrestha also successfully pitches the idea to the managing director of Yeti Mountain Home. If you’re ever around the region, don’t forget to stop by for the Everest Potato Pancakes!

PS. Read Prinsha’s interview on Yahoo! Share the interview and use the hashtag on Facebook/Twitter and that counts as a vote!