If you’re familiar with the mountain biking scene in Nepal then you’ll probably have heard of Chris Keeling. Born to a British father and a Nepali mother, Keeling has been riding bikes from the early age of four. The fifteen year old recently came second at Showdown Dharan 2015 in the DH ELITE category. He’s also featured on GauravMan Sherchan’s most recent short-film titled Nepal Mountain Bike – Best Day of My Life. The choice of song for the video – good one there! Like always, GauravMan is consistent with the quality of the video. It makes a great viewing! 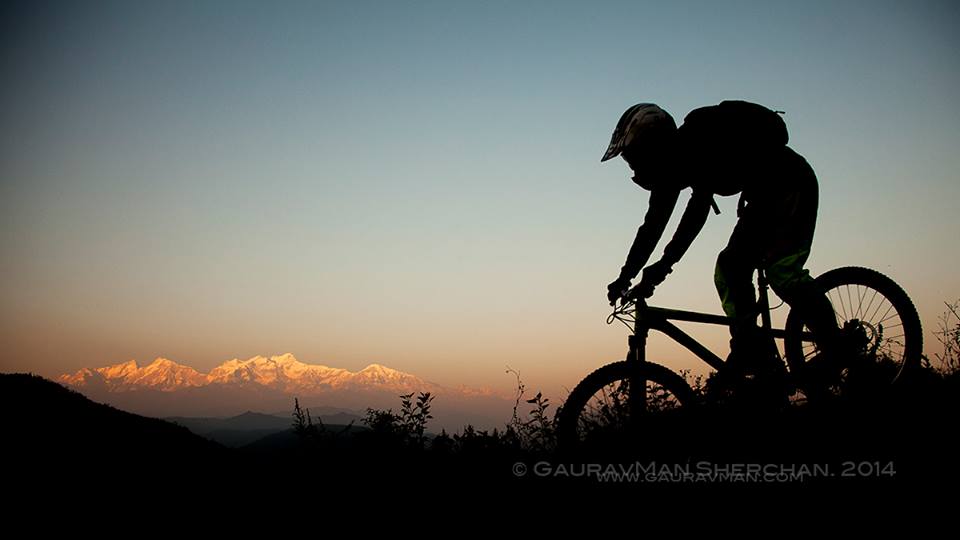 Filmed in the beautiful Lake city of POKHARA … a film by GauravMan (mail@gauravman.com)

Since the age of four Chris Keeling’s passion has been to ride his bikes. Now, aged 15 Chris, is the top downhill mountain biker in Nepal and a co-factory rider for Commencal. He is making a habit of winning races, taking first place in the Megakids Megavalanche race at Alpe d’Huez in 2013, the Nepal Downhill Mountain Bike Championship 2014, the Junior National Cross-Country Championship 2014, and the Palpa Urban Downhill race also in 2014.

His toughest race was taking part along with 1400 other competitors in the 2014 Megavalanche race in France. He finished third in the cadets (under-17) category and 247th overall after managing to overcome the snow and thick mud that defeated many older racers. He loves enduro riding and long distance downhill races and his dream is to one day compete in the Enduro World Series.

He has a British father and Nepali mother and hopes for changes in Nepal’s citizenship laws that will one day allow him to compete for Nepal.

Lex Limbuhttps://lexlimbu.com
Lex Limbu is a non-resident Nepali blogger based in the UK. YouTube videos is where he started initially followed by blogging. Join him on Facebook and follow him on Twitter.
Previous articleMale Belly Dancer From Darjeeling – Nayan Nanzin Rai
Next articleGaumaya Gurung For Gurkha Jewellers UK