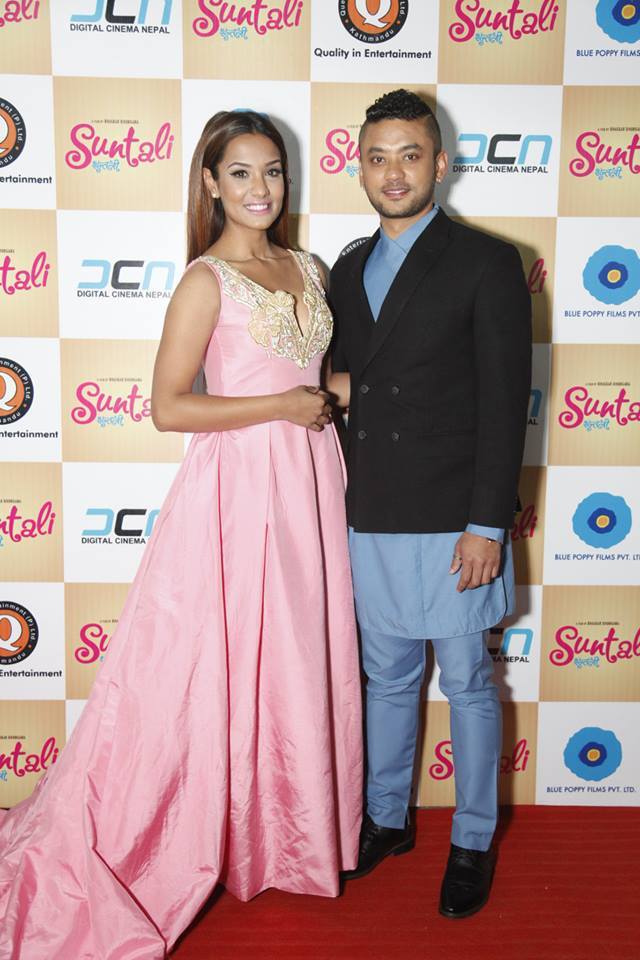 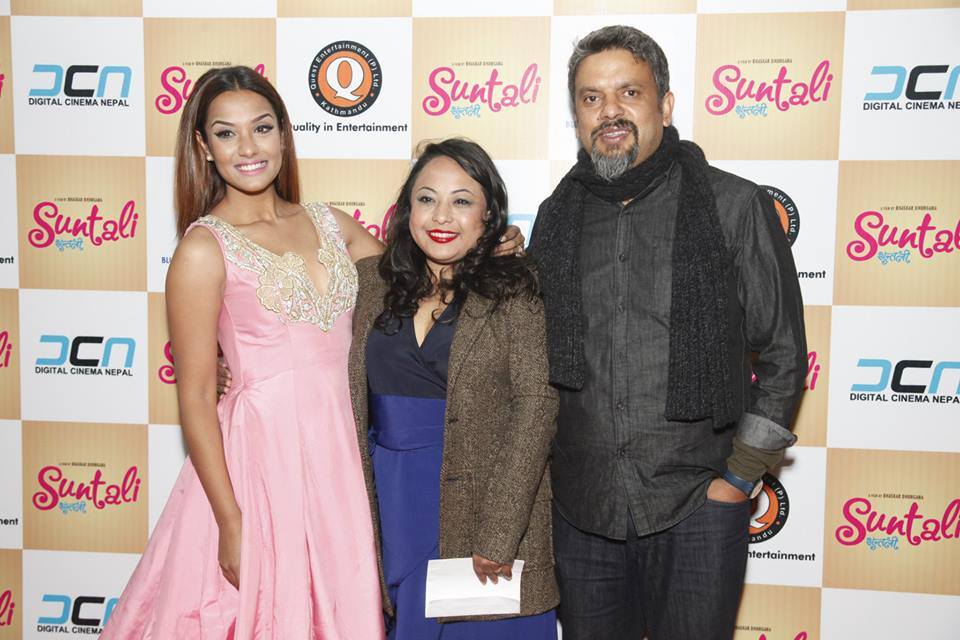 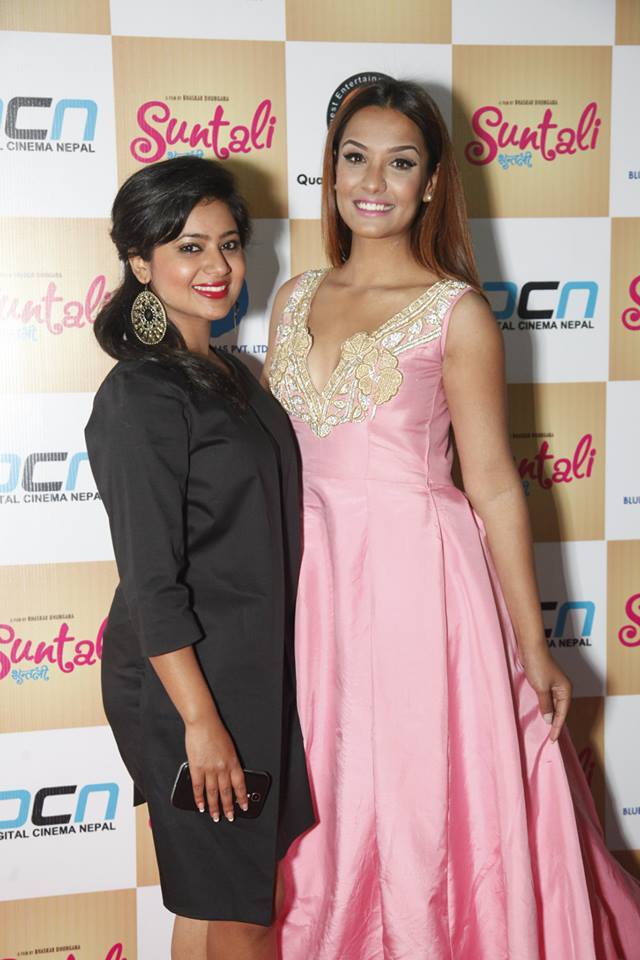 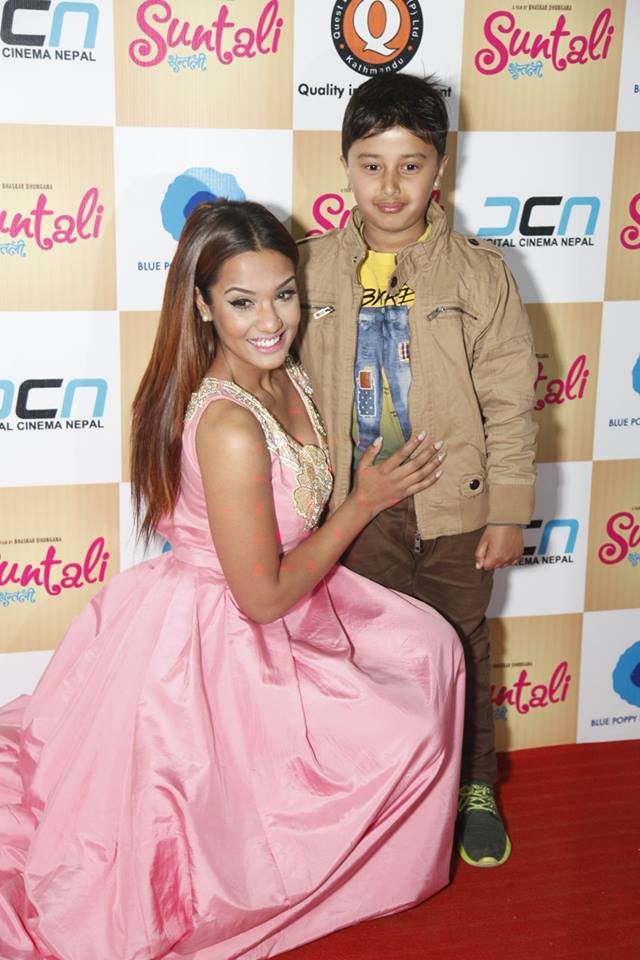 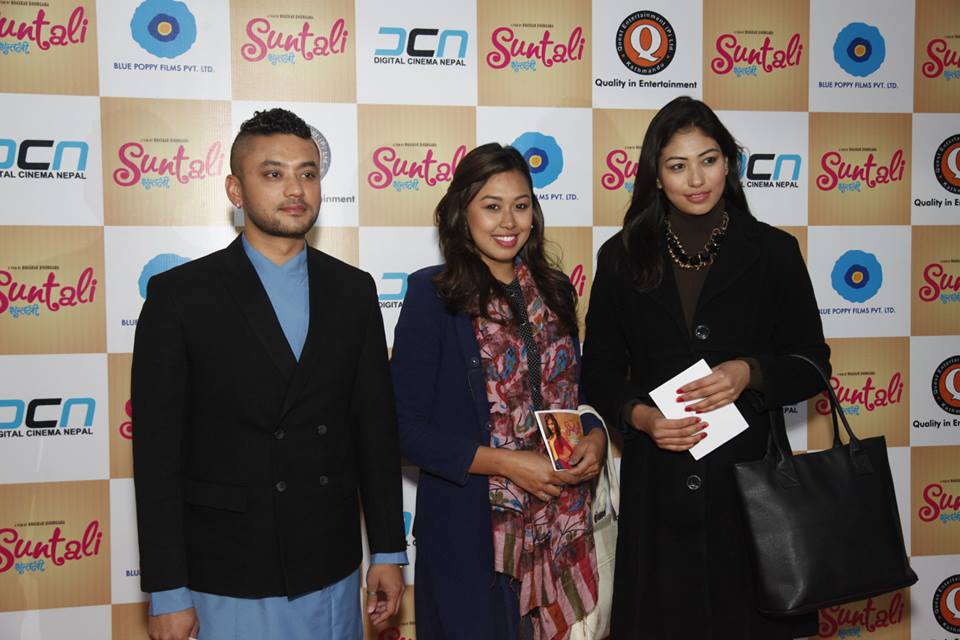 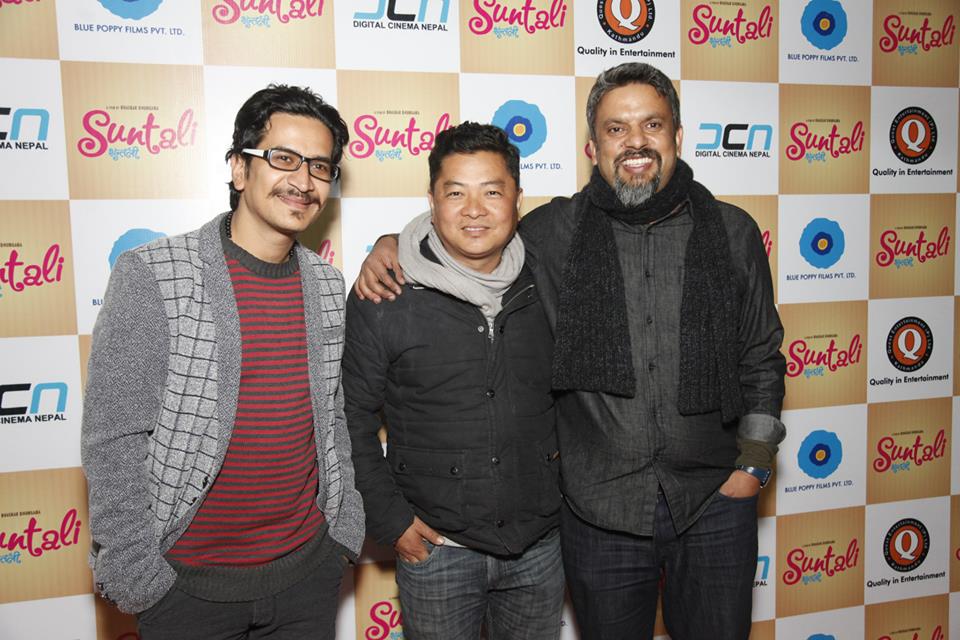 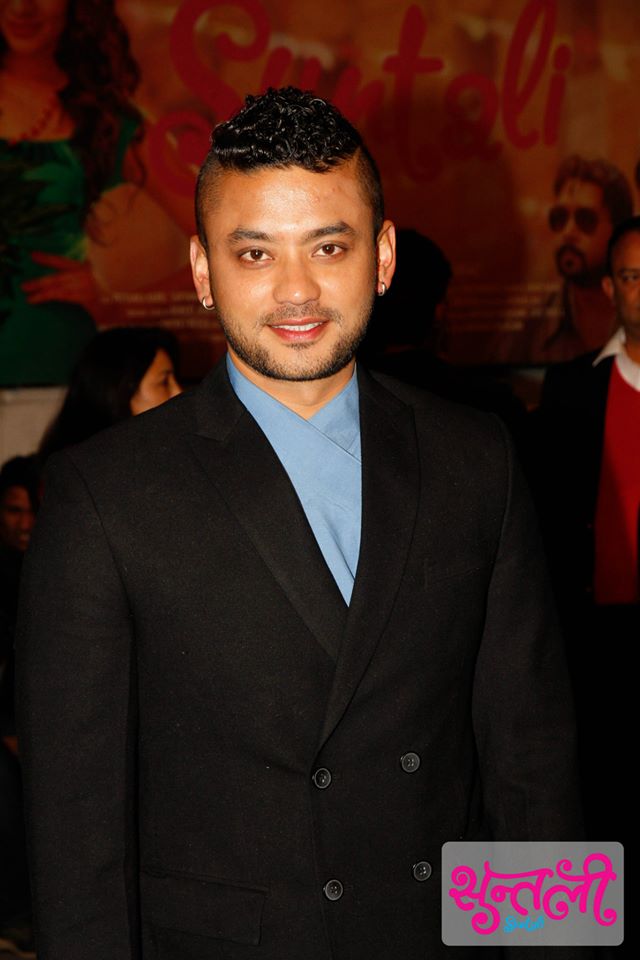 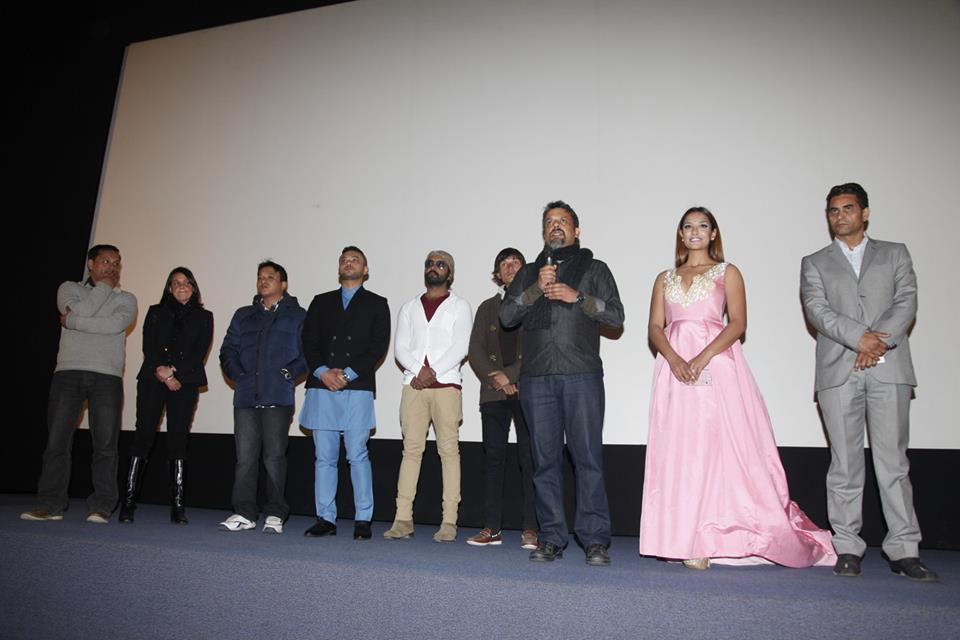 A special screening of SUNTALI took place on Thursday evening at Kumari Cinema in Kathmandu. The film by Bhaskar Dhungana was screened at the Busan International Film Festival 2014 in South Korea. Suntali stars Priyanka Karki, Karma, Arpan Thapa, Suryamala Khanal, Pramod Agrahari, Rajkumar Pudasaini and more. From Hari Bansha Acharya, Dayahang Rai to Gauri Malla, the premiere saw many noted personalities in attendance. The screening which was slated for a 6PM (sharp) start took off fashionably late at around 7.15PM with two shows in Hall 1 and Hall 2.

SUNTALI is a pleasant watch with fine performances by all who star in it. Suryamala Khanal has done a remarkable job in the film, Priyanka also does her part with ease, Karma has another fine performance under his name and Arpan Thapa fits the bill perfectly! Honestly, watching everyone was a treat – they all fit together perfectly. The only thing is the pace of the first-half… the second-half more than makes up for everything but the first-half is a little slow and requires patience. Ignoring that, Suntali makes a pleasant watch, a film that confirms that the “New Nepali Cinema” is full of surprises and is heading towards the right direction.

On a personal note – I took my mother to the premiere, we got there WAAAAAY too early but she really enjoyed the Suntali experience as she got the opportunity to take photos with so many stars! A big win for her that night, couldn’t be more happier : ) 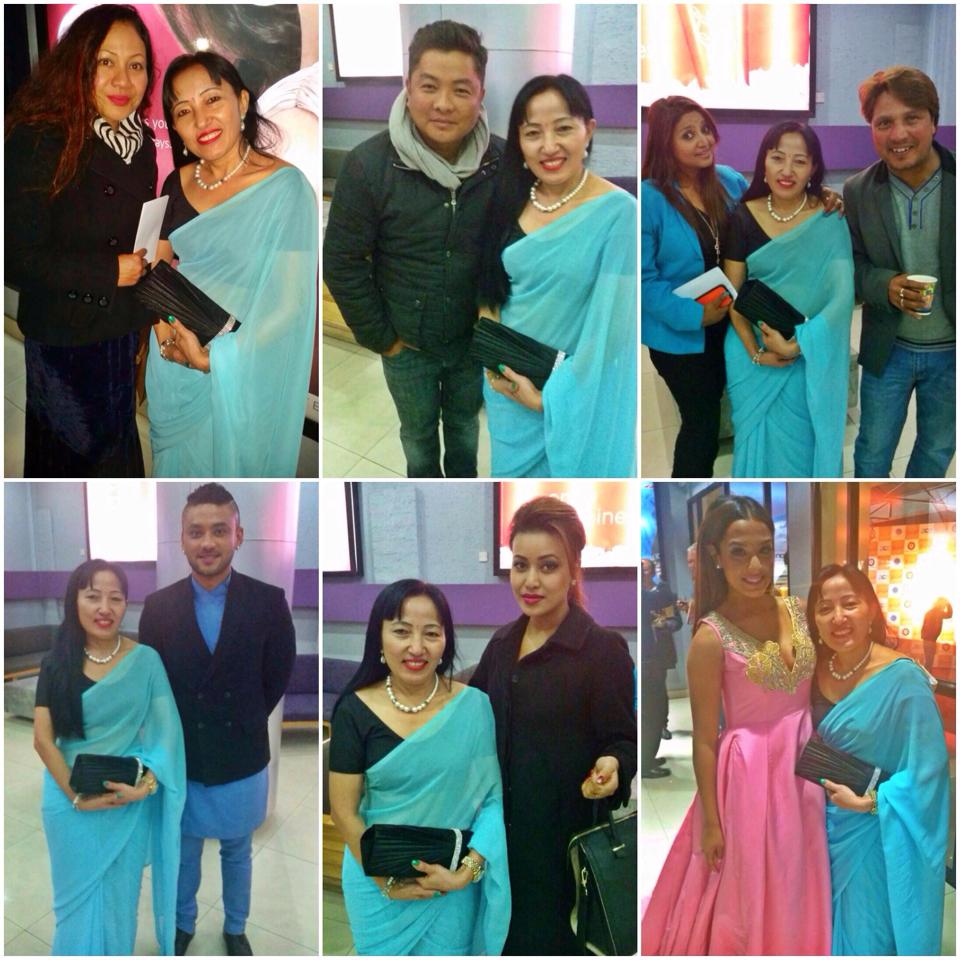 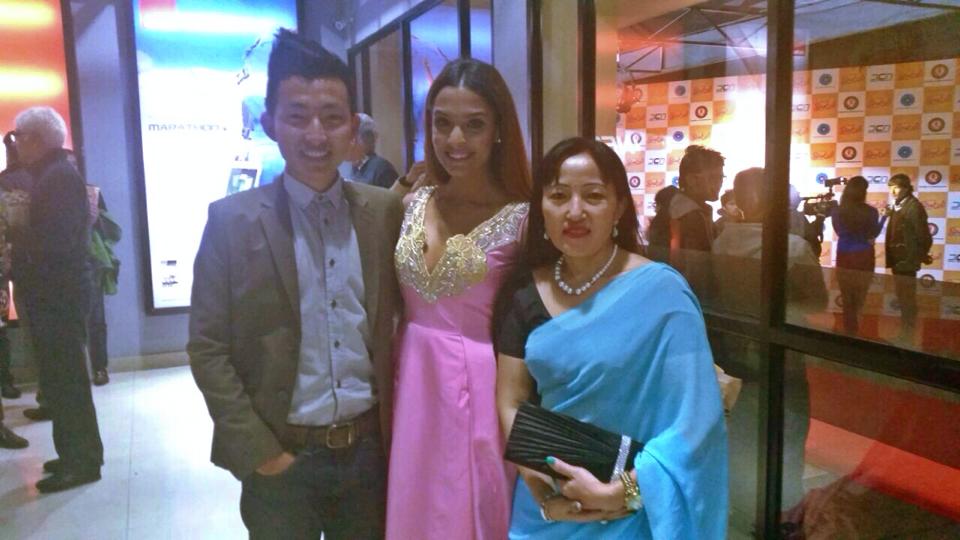 Lex Limbuhttps://lexlimbu.com
Lex Limbu is a non-resident Nepali blogger based in the UK. YouTube videos is where he started initially followed by blogging. Join him on Facebook and follow him on Twitter.
Previous articleFEATURED: Rozy Kay Photo
Next articleROAD TO EDUCATION – Running For Education