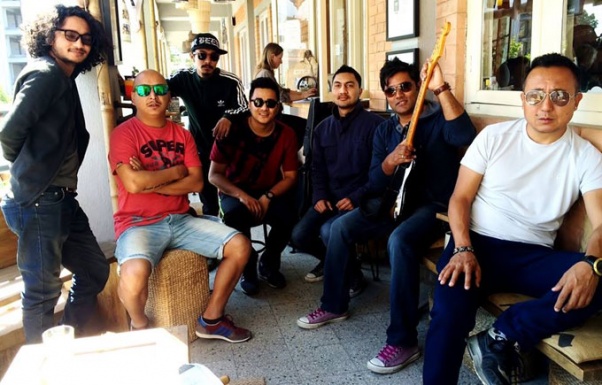 The Bistarai singer ROHIT JOHN CHETTRI is the new addition in 1974AD! Chetrri will be replacing Adrian Pradhan in vocals and guitar. The band shared the news via a subtle Facebook photo update with the caption “New line up, new beginnings”.

Well it’s sad to see Adrian Pradhan go! Nonetheless, the band is still alive so that’s good. You can hear the new revamped 1974AD on Friday at MOKSH and St. Xavier’s College, Maitighar on Saturday.

CORRECTION – Prajjwal Mukhiya in vocals and keys is also a new addition to the band.

Lex Limbuhttps://lexlimbu.com
Lex Limbu is a non-resident Nepali blogger based in the UK. YouTube videos is where he started initially followed by blogging. Join him on Facebook and follow him on Twitter.
Previous articleTasting Nepal – Food Documentary!
Next articleSupport For Sangita and Sima – Nrs 3.5 Lakhs Handover!