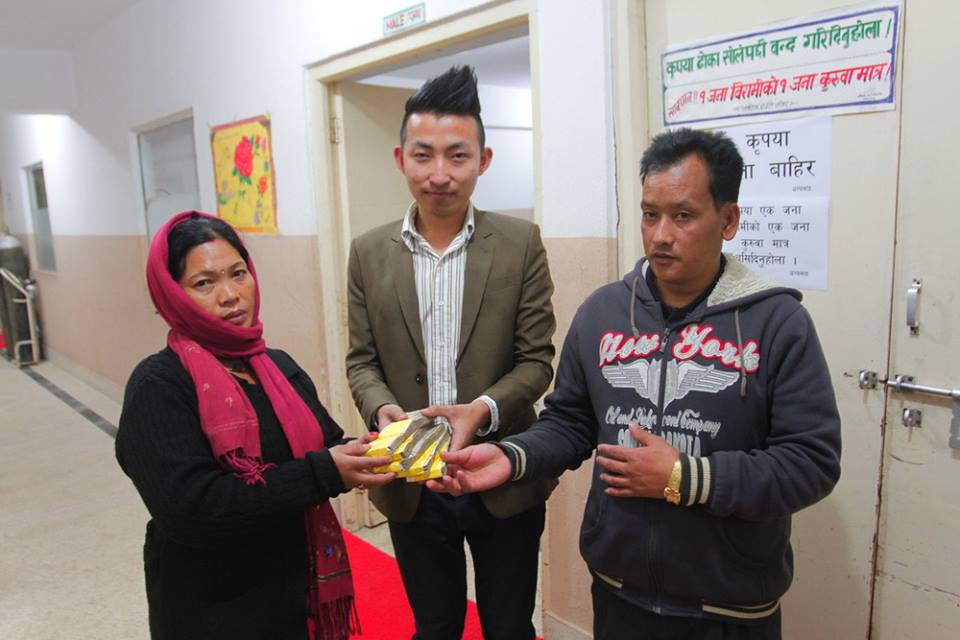 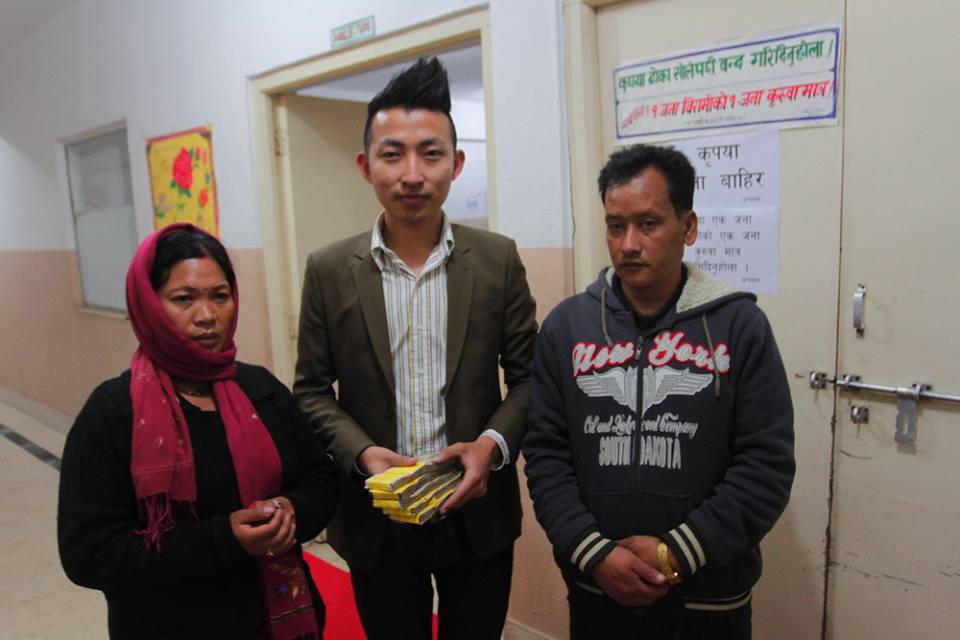 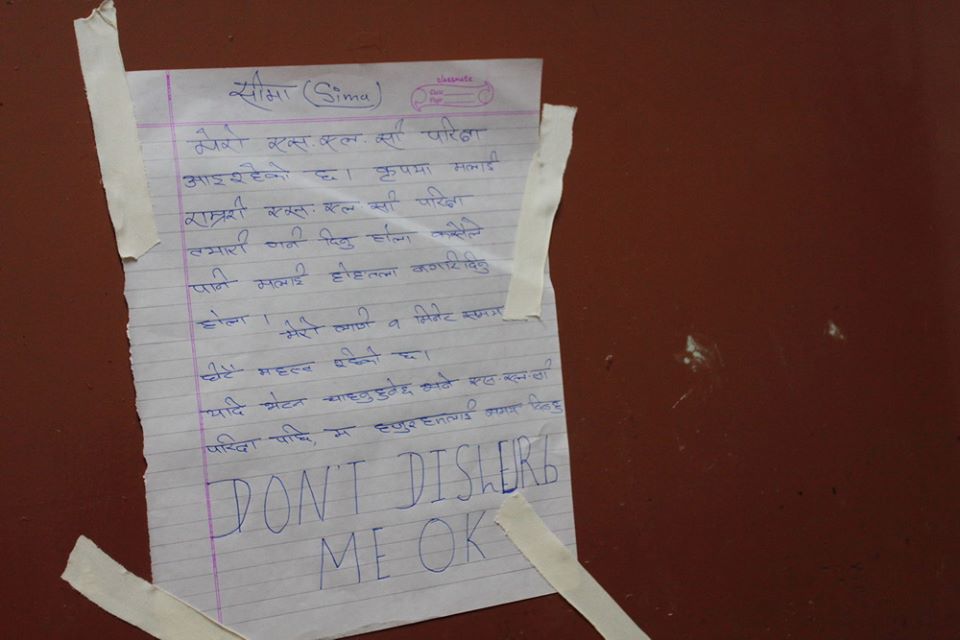 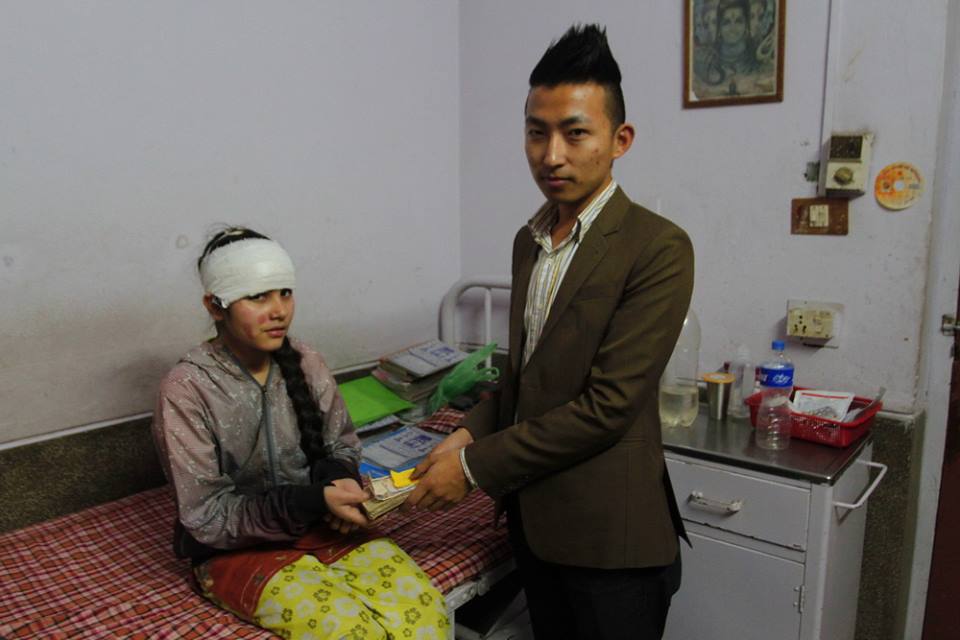 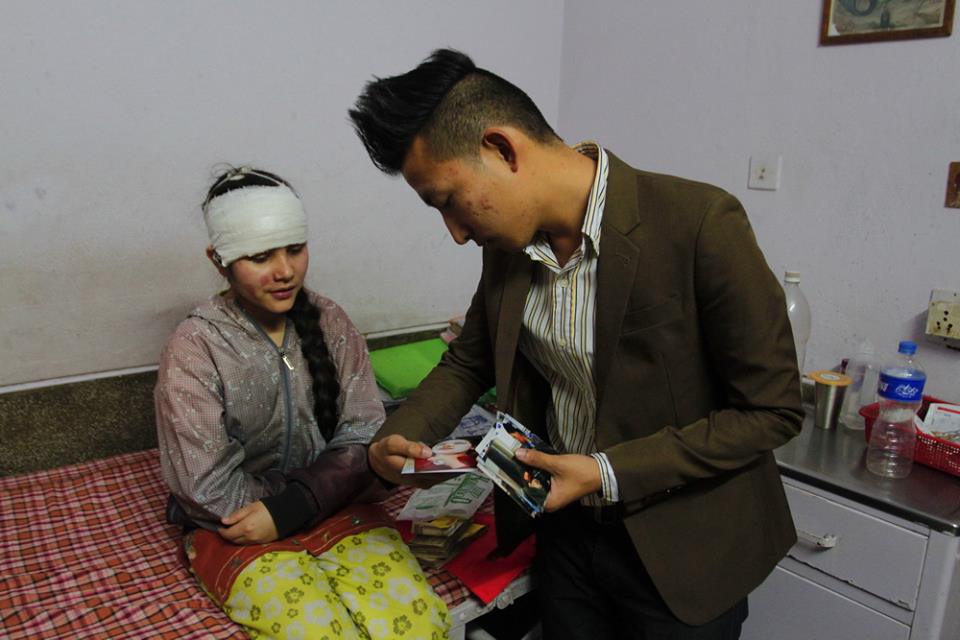 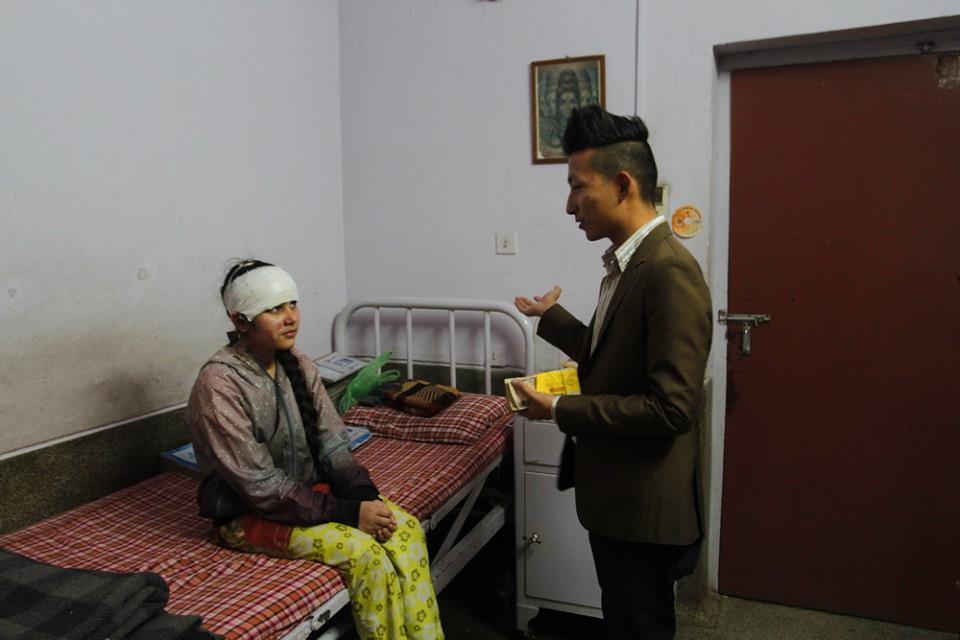 The “Support for Sangita Magar” GoFundMe fundraiser page was able to gather GBP £2519 in five days. The campaign which went live on February 24th after I visited Sangita’s mother in KCM Hospital, Kathmandu received 162 donations from all over the world, from Nepalis and non-Nepalis. After deducting GoFundMe fees, a total of Nrs 3.5 Lakhs was received.

This afternoon, Shree dai and I went over to meet Sangita’s parents at the hospital. Sangita had an operation today and she will continue receiving treatment as the doctors try their best to graft the skin burns in her face and body. We could not meet Sangita, however her mother did inform us that the hospital has been supporting Sangita’s treatment costs and they have been informed and are expecting support from the state as well. A total of Nrs 2.5 Lakhs was handed over to Sangita’s mother and father.

A quick visit was also made to Bir Hospital where we met Sima Basnet. It was wonderful to meet Sima. She had energy, charm and was full of life. She’s currently studying for her upcoming SLC examinations from her room at the Bir Hospital. She worried that she might not get the best percentage in the upcoming exams. Sima was accompanied by her grand-mother at the hospital. When I informed her about protests and gatherings held in Kathmandu for her and Sangita, she seemed happy and very grateful for the support shown. The support from the online world made it possible for me to hand-over Nrs 1 Lakhs to Sima. Before I left, we swapped numbers… she said I have a nice name and wondered whether I was even Nepali because apparently I spoke very differently. Amusing.

We were informed that the police have been in and out, questioning the school-girls and Sima shared that she has no idea who the person could be and why the attack took place in the first place. She seemed as clueless as us, the people at home following this incident closely.

Once again, I want to say a huge thank you to people all over the world for your generosity. I would also like to thank everyone that liked, commented, shared the post and links – your engagement gave this fundraiser more visibility.

PS. Photos from the hospital have been captured by Shree Gurung. I realise it’s very important to showcase photo/video evidence when fundraising therefore those images have been captured. I didn’t feel comfortable being snapped like that but gotta do what you gotta do.

Lex Limbuhttps://lexlimbu.com
Lex Limbu is a non-resident Nepali blogger based in the UK. YouTube videos is where he started initially followed by blogging. Join him on Facebook and follow him on Twitter.
Previous articleRohit John Chettri Replaces Adrian Pradhan in 1974 AD
Next articleMiss UK Nepal Durga Gurung Joins Miss Nepal 2015