Sahana and Suraj Back With NAMASTE TV Show! 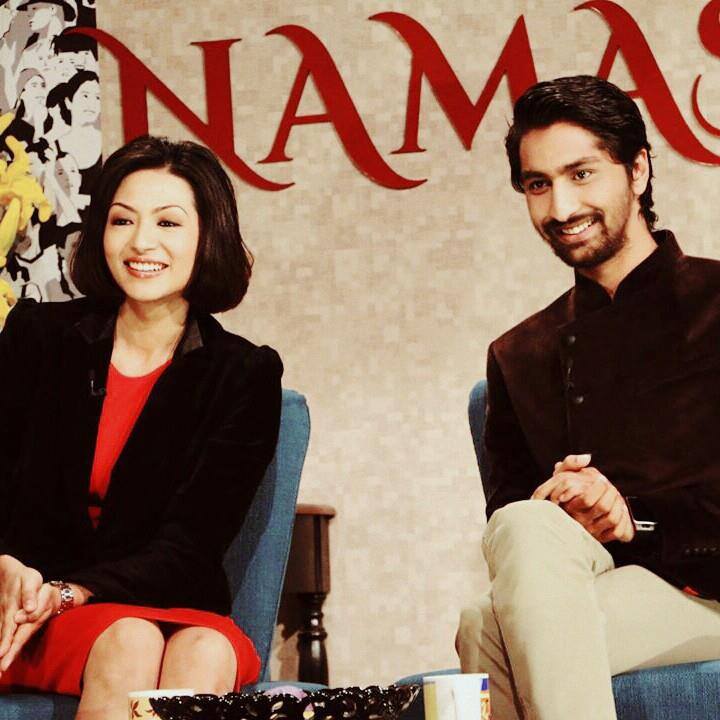 Sahana Bajracharya and Suraj Giri are back! The duo are currently running the call-in show NAMASTE on NTV PLUS everyday from 5PM-6.30PM. With the NAMASTE TV Show already approaching it’s fourth week, the show has had many guests including Malvika Subba, Rishi Dhamala and Rohit John Chettri. Whilst Sahana and Suraj only come together to host the show few times a week, they are joined individually by guests who co-host with either Sahana or Suraj. The hour and thirty minute long show provides the host and guest host plenty of time to talk to each other and callers from all over Nepal. 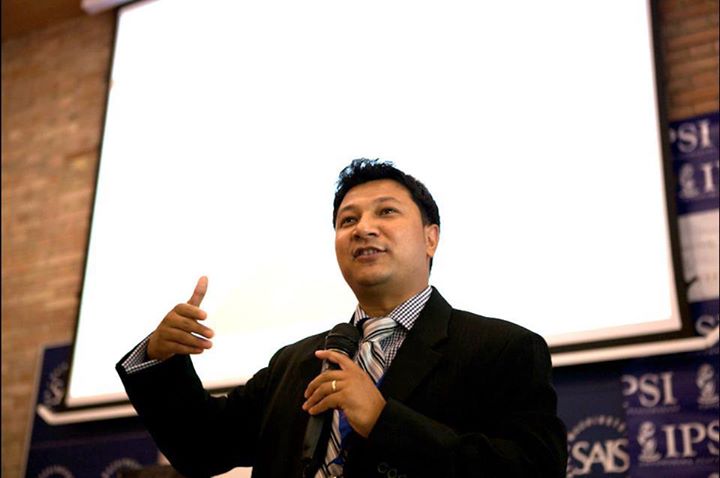 Todays episode of NAMASTE features the country director of Search for Common Grounds (SFCG) Nepal, Rajendra Mulmi. SCFG is an international conflict transformation and peacebuilding organization. His work focuses on working with youth, women, media and leaders in Nepal to build sustainable peace. He has worked as a trainer and facilitator for a number of oranizations in a range of issues: including conflict transformation and peacebuilding, and youth development, leadership and teambuilding, gender, organizational development.

Mr. Mulmi began his career as a youth activist; founded Youth Initiation, a youth-led and youth-run organization, and Association of Youth Organization in Nepal (AYON), a network of youth-led organization in Nepal. He has also served in the leadership of regional and international youth networks including: Young liberals and democrats of Asia and International Young Professional Foundation. A Chevening scholar, he holds a Master’s degree in Development Studies from the institute of Development studies, University of Sussex, UK.

Youth Engage: Youth Engage (YE) project is a two-year long (December 9 to December 8 2015) multi-stakeholder collaboration led by SFCG. It aims to promote the constructive role of youth in peace building and development by reducing their engagement in organized violence. Funded by the European Union, SFCG works in consortium with various local NGO’s.

Pahunch: ‘Pahuch’ is a 4 year project funded by DFID which visions to ‘strengthen rule of law in Nepal’ and ‘increase the access of marginalized communities, especially women to security and access to justice’. The project will be implemented in the Eastern and Central Terai region of the country, namely: Siraha, Saptari, Dhanusa, Mahottari, Rupandehi, Nawalparasi, Dang and Kapilvastu by a consortium involving various local and national NGOs, including Search for Common Ground.

Hamro Team: (Television series) Hamro Team (“Our Team”) is a story about people coming together to achieve a common goal. It is about daring to dream, and to fight all odds to pursue it. It is also about instilling confidence and developing leadership in youth. Hamro Team is about knowing who you are as an individual, and what you can become as a team.

Lex Limbuhttps://lexlimbu.com
Lex Limbu is a non-resident Nepali blogger based in the UK. YouTube videos is where he started initially followed by blogging. Join him on Facebook and follow him on Twitter.
Previous articleCricket Tournament To Mark International Day for Street Children
Next articleHappy Birthday Anmol KC!