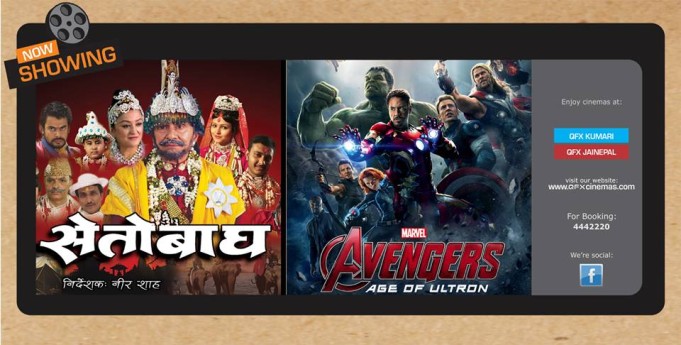 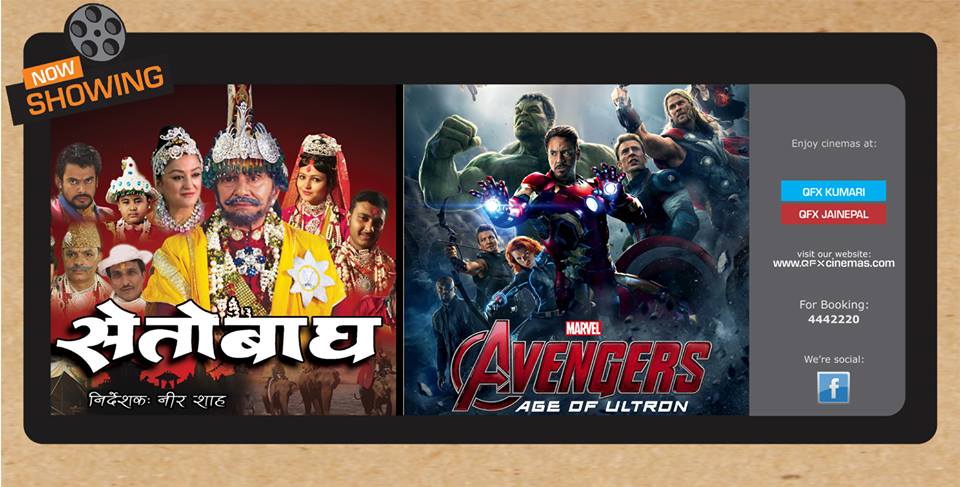 Some good news for the cinema business – QFX Cinemas (Jai Nepal and Kumari only), Q’s Cinemas in Rising Mall, Big Cinema in CityCentre and FCube Cinemas in KL Tower are back to business from today! The films being screened in the cinemas range from Avengers : Age of Ultron, Setobagh, Gabber is Back , Kuch Kuch Locha Hai to Leela!

The long-awaited RESHAM FILILI which released on Friday 24th April will be re-released at a later date. I know that there were thousands in the cinemas on the day of the earthquake – watching or waiting to watch Resham Filili – I hope everyone got out safe.