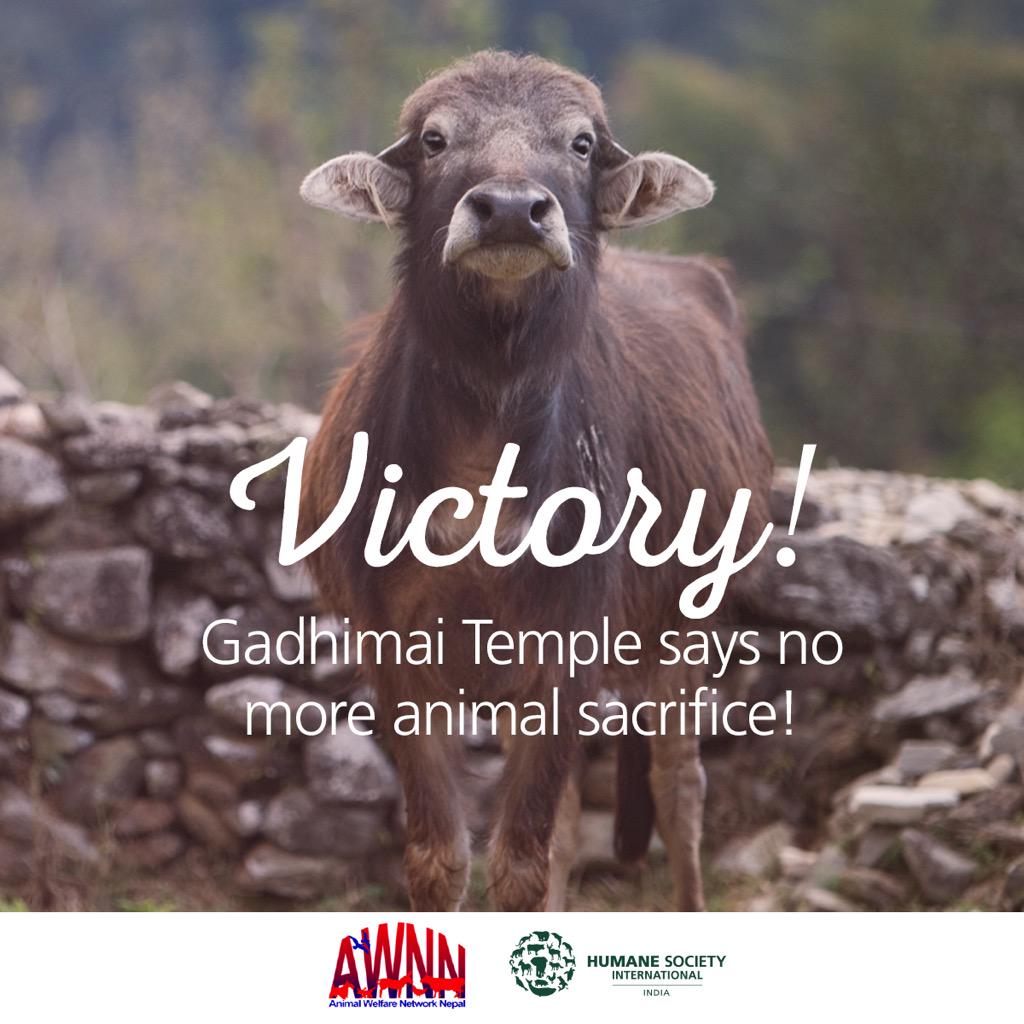 “We have decided to completely stop the practice of animal sacrifice,” said Motilal Prasad, secretary of the Gadhimai Temple Trust, which organises the celebrations.

The Gadhimai Temple Trust has agreed to cancel all future animal sacrifice and urges devotees not to bring animals to the festival. The festival which is held once every five years in Nepal sees thousands of devotees attend from Nepal and India to sacrifice thousands of animals in the name of the Hindu Goddess of Power Gadhimai. In numbers, around 200,000 animals are said to have been sacrificed in the most recent Gadhimai Festival in November 2014. The festival last year grabbed headlines globally with activists from Nepal and beyond protesting against the killings.

The attention will now move towards educating and creating awareness to convince people that they do not need to sacrifice animals. The next Gadhimai Festival will take place in 2019.

PS. Editor in chief of Republica Daily, Subhash Ghimire tweeted “For all the activists, Gadhimai trust has NOT banned animal sacrifice. Read Republica tomorrow for the details”. OH NO! We’ll have to wait and see!

UPDATE: According to Republica (29/07/2015) – The Gadhimai Temple Trust has dismissed Tuesday’s reports in international media that claimed that the trust has agreed to stop animal sacrifice during Gadhimai festival. “We have not made any statement regarding stopping animal sacrifices during the festival,” Ram Chandra Sah, chairperson of the trust, told Republica. – READ MORE HERE.

HMM Could this be too many people talking on behalf of Gadhimai Temple Trust? OR atleast more than one person?