Ex-British Army officer Doc Mckerr will be heading to Nepal accompanied by EMMY award winning film director Oliver Wilkins with a mission of creating short videos capturing the best sites and people of Nepal. The ‘Return to Nepal’ team will make the videos public online and offline with the hope of attracting tourists back to the Himalayan nation.

The thirty-two year old former British Army officer’s relationship with Nepal consists of working alongside Nepalese Gurkhas in Afghanistan and working in Nepal for the Gurkha Welfare Trust in Nepal. Mckerr also went onto become the first solo person to complete the Great Himalaya Trail (GHT) in 2013. He walked a total of 1650km in 75 days and lost 16kg.

A Quick Convo With Doc!

About Return to Nepal

Doc: Wanting to take this new role seriously I feel that one of the most powerful ways to attract people to return to Nepal and help stimulate the economy, is to make a web based documentary.

Our aim is to help change the negative perceptions of Nepal, that all of the country was affected by the earthquake and allow people to see and hear the ground truths about Nepal today and its tourism industry.

Doc: The scenery was always amazing and on a scale you could never really comprehend.  You can literally spend hours absorbing the same view as it changes through the day and think things such as; “where’s the nearest snow leopard?” to “I wonder what my friends are doing back home?”  In certain areas I could get SMS which was always a great morale boost, but you can never beat speaking to people especially ones who understood what I was doing and why.

Once you have spent a long time planning something you become completely involved in it and there is often very little that will stop you from achieving your goal. Anyone who has done anything similar would understand.  I broke things down mentally as well, into three parts; by day, by section (ten of these) and the finish. Visualising the final pass to the boarder with Tibet certainly kept be going on the hard days.

Doc: I am apprehensive around the current political issues caused by the recent signing of the constitution.  Nepal has suffered a lot of the years and this is just one more thing they will bounce back from.  I hope that things start to turn back to some form of normality soon for everyone. Especially as this is supposed to be one of the happiest times of the year.

Retuning With A Mission To Capture Nepal

Doc: I feel excited and nervous.  You are right, they are very different eyes to see Nepal through.  It will be the expertise and skills of Oliver, my film director, to guide and capture this carefully for everyone else to see and enjoy. 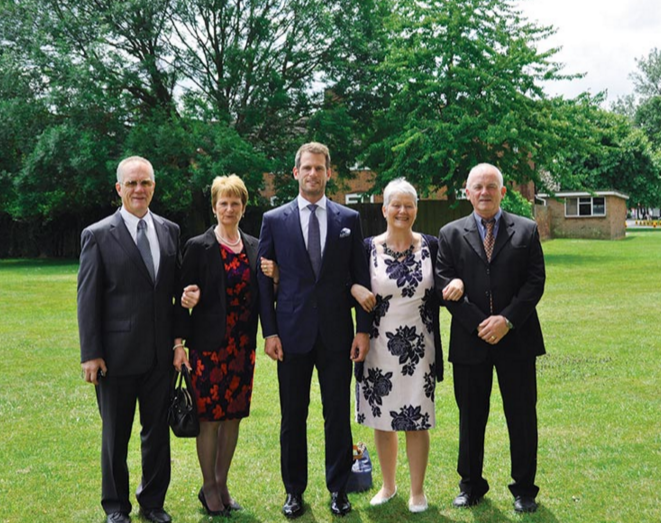 Lex Limbuhttps://lexlimbu.com
Lex Limbu is a non-resident Nepali blogger based in the UK. YouTube videos is where he started initially followed by blogging. Join him on Facebook and follow him on Twitter.
Previous articleVote For MAGGIE DOYNE – CNN HEROES 2015
Next articleHunting Gets Expensive in Nepal!