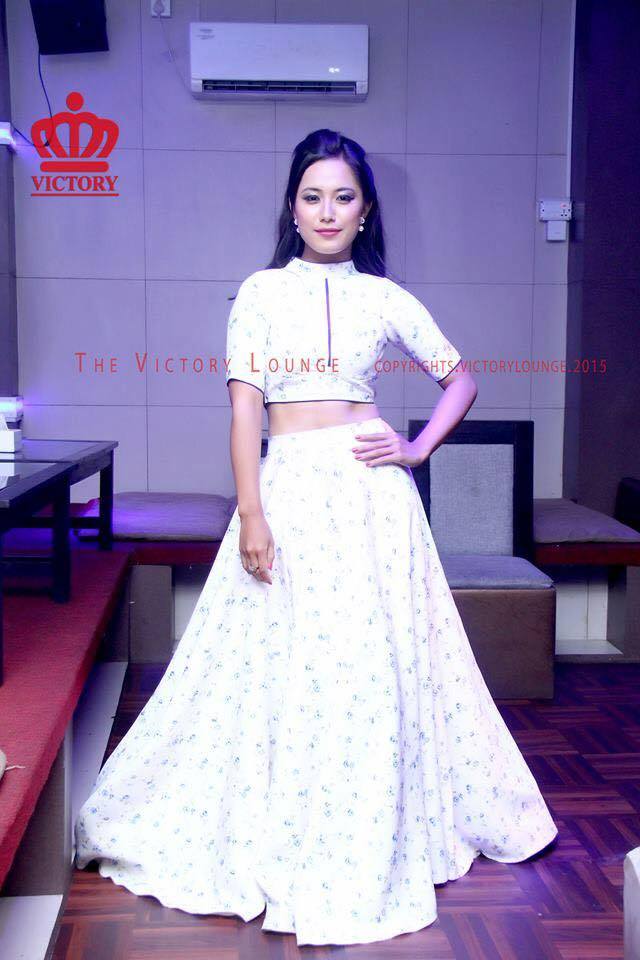 Hoping to create a mark in the film industry with the upcoming Nepali film BIR BIKRAM is Deeya Pun from the UK. The aspiring actress will be seen opposite well-respected actors Dayahang Rai, Arpan Thapa and Anoop Bikram Shahi in the film by director Milan Chams. While remaining tight-lipped about the film, I caught up with Deeya to talk about her global upbringing, familiarity to Nepali arts and culture and the Bir Bikram experience.

Bir Bikram is slated for an early 2016 release; March-April*.

So, please tell us a little about yourself?

Deeya: Well I was born in Hong Kong and I moved to the UK around the age of 9. I completed my higher studies from Anglia Ruskin University.

Having a global upbringing, in a sense, away from Nepal and Nepali arts, did you ever imagine to be acting in a Nepali film one day?

Deeya: Although I was away from Nepal most of my life, I never kept away from Nepali culture and Nepali arts. I was brought up with influence of Nepali values and Cultures by my parents. They had always encouraged me to read, write and speak Nepali and practice traditional dances so in that way I always felt connected to Nepal. I always thought I would somehow get involved in Modelling industry in Nepal but came across a wonderful opportunity to be involve in Nepali film industry.

Before Bir Bikram, have you been involved in any music videos, modelling, film?

Deeya: I have done one Nepali music video years ago which was directed by Milan Chams for singer Dev limbu. I am also a commercial model and signed with Sandra Reynolds Model Agency which is based in Norwich and London.

How did Bir Bikram come about?

Deeya: I had given an audition to Milan Chams for the female lead character 3 years ago. It took a while for project to come alive as both Milan Chams and I were busy on other projects.

Had you taken any acting courses/lessons prior to Bir Bikram?

Deeya: I haven’t taken any courses for acting. However for Bir Bikram, I had a workshop for few days. The assisting director of Bir Bikram ( Ram Saran dai, Giriraj bhai and Dipta Prakash dai) had been very supportive and taught me the tricks and trades of acting. The other wonderful person was Shishir Rana Baba ( who plays my father in the film) who had guided and taught me from day one.

So What can you tell us about your character in Bir Bikram?

Deeya: I play a very simple village girl in Bir Bikram who is educated and is a teacher in her village. She is a loving and caring person.

How was the experience of working alongside the super talented Dayahang Rai and Anoop Birkram Shahi?

Deeya: It was amazing to be working alongside with Dayahang Rai and Anoop Bikram Shahi. They have been very supportive and have been guiding me through out this project. I also had the

privilege to work with Arpan Thapa who is a humble person and has taught me a lot. I feel very lucky and it feels surreal to have been able to work with such a talented group of

Do you think the film will be received well by young adults like you who have grown up away from Nepal or are more used to watching other cinema?

Deeya: Bir Bikram is a film which can be enjoyed by family. I think everyone will like this film including young adults who watch other cinema. Nepali films are progressing with the improvement in technical areas and story making. I am hoping with these improvement the audience who watch Nepali films will rise steadily.

When can we expect to see Bir Bikram?

Deeya: You will be able to see Bir Bikram in April 2016 in U.K and if you are in Hongkong March 2016. There are talks about screening Bir Bikram in other parts of the World as well.

Will we see Deeya Pun in more Nepali films in the future?

Lex Limbuhttps://lexlimbu.com
Lex Limbu is a non-resident Nepali blogger based in the UK. YouTube videos is where he started initially followed by blogging. Join him on Facebook and follow him on Twitter.
Previous articleStudies Suggest First Pet Dogs From Central Asia
Next articleTrying Out The allocacoc PowerCubes!