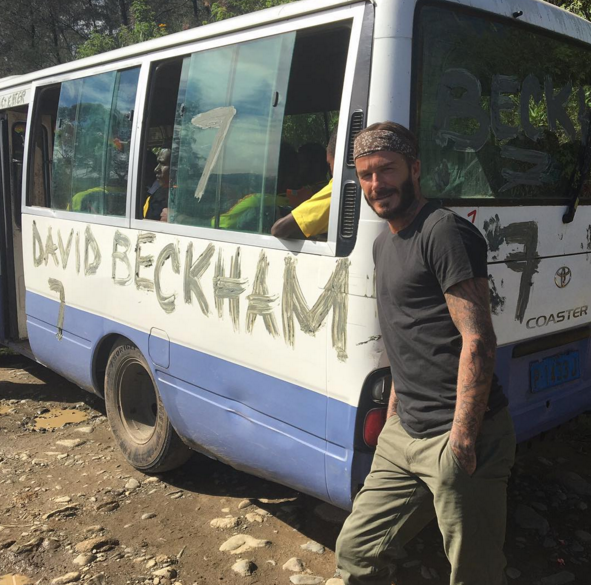 Team bus on the way to our first match in Papua New Guinea. 7 games in 7 continents…#LoveOfTheGame @unicef

David Beckham officially kicked off his 7: The David Beckham UNICEF Fund in Papua New Guinea. The global football star is on a mission to play seven football matches in seven continent whilst playing a crucial role in raising awareness of UNICEF’s work. You can follow the the hashtag #LoveOfTheGame. Beckham himself is being followed by a BBC camera crew as his global football journey will be made into a 90 minute documentary.

With Papa New Guinea ticked off, David Beckham will be travelling to Nepal, Buenos Aires, Djibouti, Miami and Antarctica. He will finish his global journey at Old Trafford, the home of Manchester United on November 14 with a special match featuring notable names from the football world for “Match for Children”.

I don't think I've ever made a football before a game before, this one is made from banana leaves. The hat was given to me by the tribe #LoveOfTheGame @unicef

“At the start of this year, I launched my own Fund with UNICEF because I wanted to help build a safer world for children. I feel very proud to be in Papua New Guinea to see for the first time how the money raised is helping to keep children healthy and safe, by providing live-saving therapeutic food for children suffering from malnutrition. I believe that all children should be given the opportunity to reach their full potential and it’s incredible to see the lengths UNICEF will go to in order to protect the most vulnerable and hardest to reach children,” UNICEF Goodwill Ambassador David Beckham said. 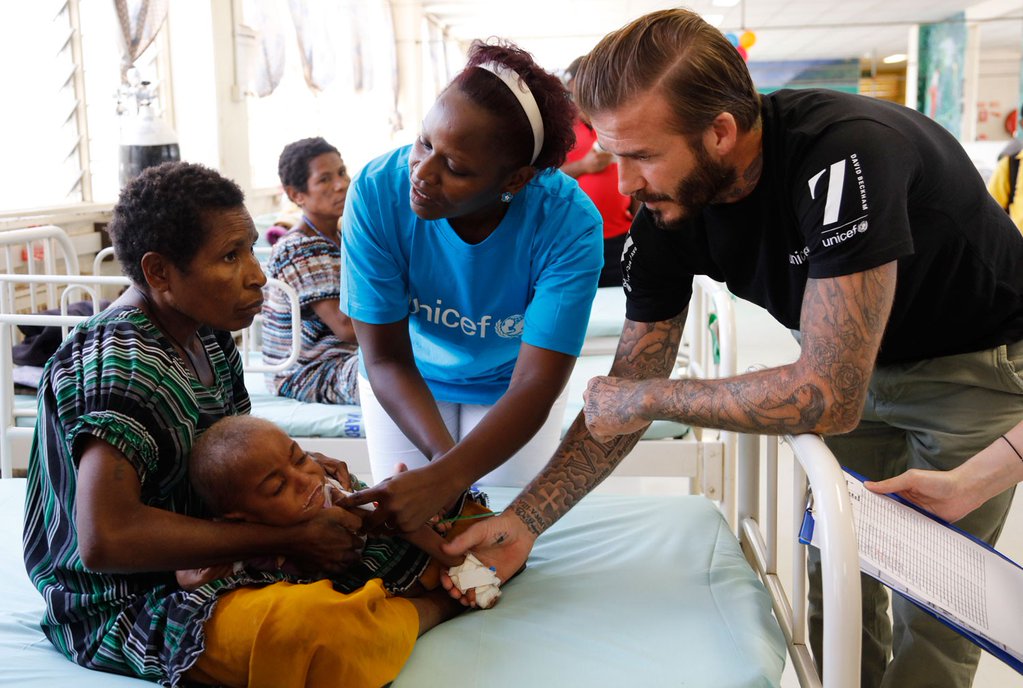