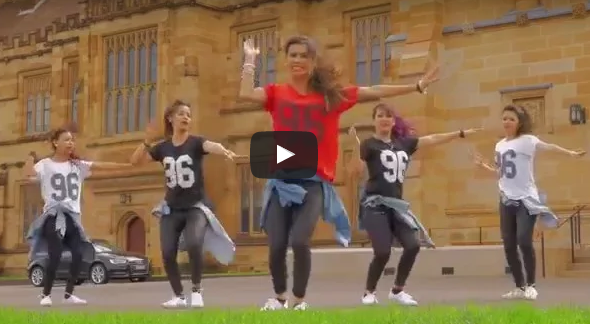 The NEXT dance group from Australia wowed millions with their dance cover of JAALMA from the film Resham Filili in 2015 and after quite a hiatus the dance group are back serving their best moves to Nepathya’s song Mai Nache Cham Cham. The original dance cover of JAALMA by The NEXT had over one million views and was also one of the biggest (Nepali) viral videos in 2015. The blogpost which was posted with the video also was the most viewed post from 2015 on lexlimbu.com.

This new dance cover is pretty dope and I love the competitive sides of both the boys and the girls. The girls in the group formation look pretty amazing and I guess they had the better location too. Great song choice too, you guys are definitely making it ‘cool’ to dance in Nepali songs with modern choreography. Keep it up! Oh and do a “Timro Figure Coca Cola” dance cover – that would be sick! Lol! *one can hope* haha.