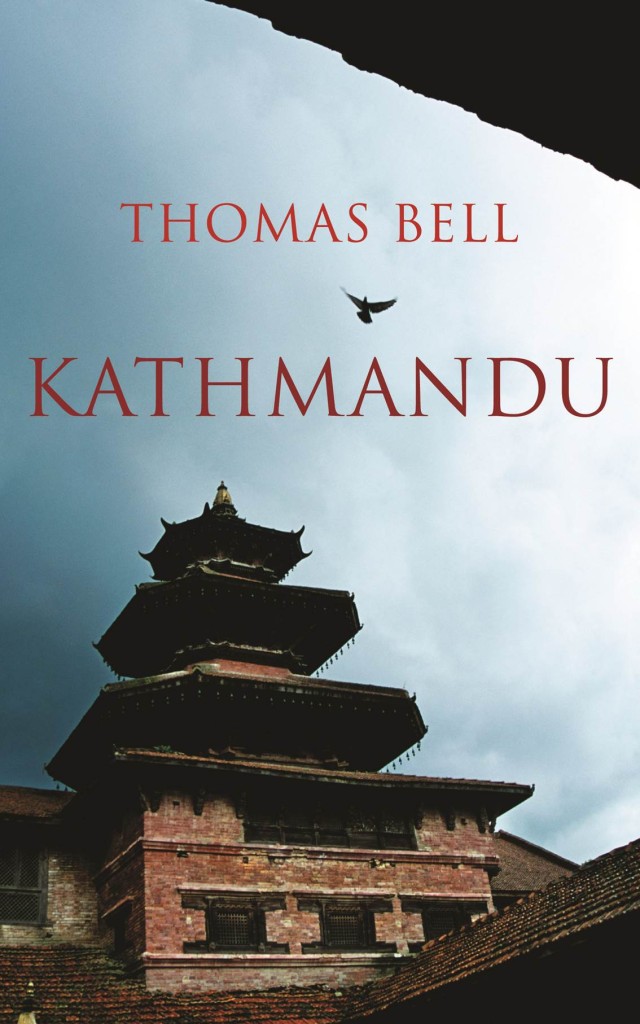 The book that created quite a stir, Kathmandu by Thomas Bell will be officially launched in London on March 31st at The Royal Asiatic Society. Bell who now lives in Nepal will be in the UK to launch his widely popular book through Haus Publishing. The event will take place between 6.30PM – 9PM.

I’ve yet to read the book! Yikes! It has been on the list though.

Kathmandu is the greatest city of the Himalaya; a place where unique cultural practices that died out in India a thousand years ago have survived. It is a carnival of sexual license and hypocrisy, a jewel of world art, a hotbed of communist revolution, a paradigm of failed democracy, a case study in bungled Western intervention, and an environmental catastrophe.
Closed to the outside world until 1951 and trapped in a medieval time warp, Kathmandu’s rapid modernisation is an extreme version of what is happening in many traditional societies. The many layers of the city’s development are reflected in the successive generations of its gods and goddesses, witches and ghosts, the comforts of caste, the ethos of aristocracy and kingship, and the lately destabilising spirits of consumer aspiration, individuality, egalitarianism, communism and democracy. Erudite, entertaining and accessible, it is the fascinating chronicle of a unique city.

‘Kathmandu, like the country of which it is the capital, is much visited but much misunderstood. Few make the effort to look beyond the mountains and stupas, the forests and elephants. In this lucid, clever, thorough and beautifully written book, Tom Bell does this for us, recounting the gripping history of the fascinating city with equal measures of verve and care. Kings, Maoist guerillas, mountaineers, demonstrators, poets, psychopathic princes and politicians all make for a tale as colourful as a local market. A genuine must-read for any visitor to the city, to Nepal, or indeed to the sub-continent.’ – Jason Burke, Guardian Southeast Asia correspondent

‘An evocative and entertaining portrait of a misunderstood city’ – Sam Miller, author of Delhi: Adventures in a Megacity

‘Capturing the complexity of Nepali-lived experience, this is an exquisite read’ – Manjushree Thapa, author ofForget Kathmandu

Lex Limbuhttps://lexlimbu.com
Lex Limbu is a non-resident Nepali blogger based in the UK. YouTube videos is where he started initially followed by blogging. Join him on Facebook and follow him on Twitter.
Previous articleBir Bikram Film Posters Hit The Web!
Next articleMarathon Nepal – Marathon With A Difference