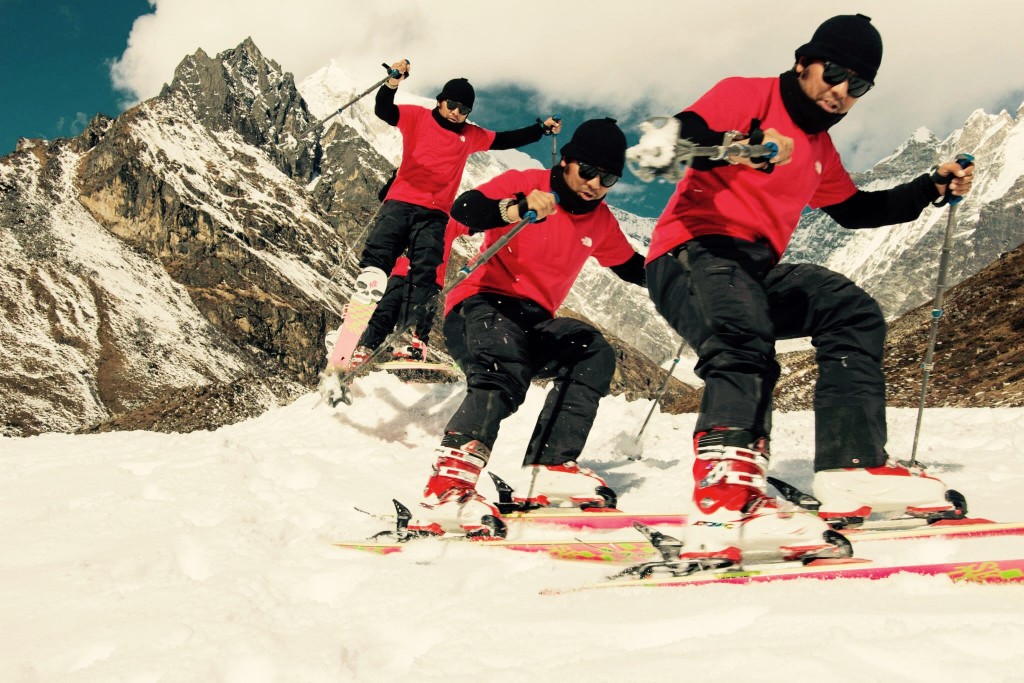 The home of the mighty Himalayas and the Mount Everest, Nepal is the perfect adventure destination for the thrill seekers. Even then, the country still has a long way to go in bringing it’s best for the people of Nepal and those visiting from outside. Efforts are being made by different players to create different adventure tourism products. Himalayan Ski Nepal have been providing skiing lessons for small groups since the past few years in Langtang. The idea behind Himalayan Ski Nepal originally formed with the plan to educate and promote skiing to Nepalese youths; promoting winter sports such as skiing, snowboarding, trekking in remote areas of the country. Founder of Himalayan Ski, Krishna shares that he would like to see more Nepali athletes at the Winter Olympic games in the long-run. 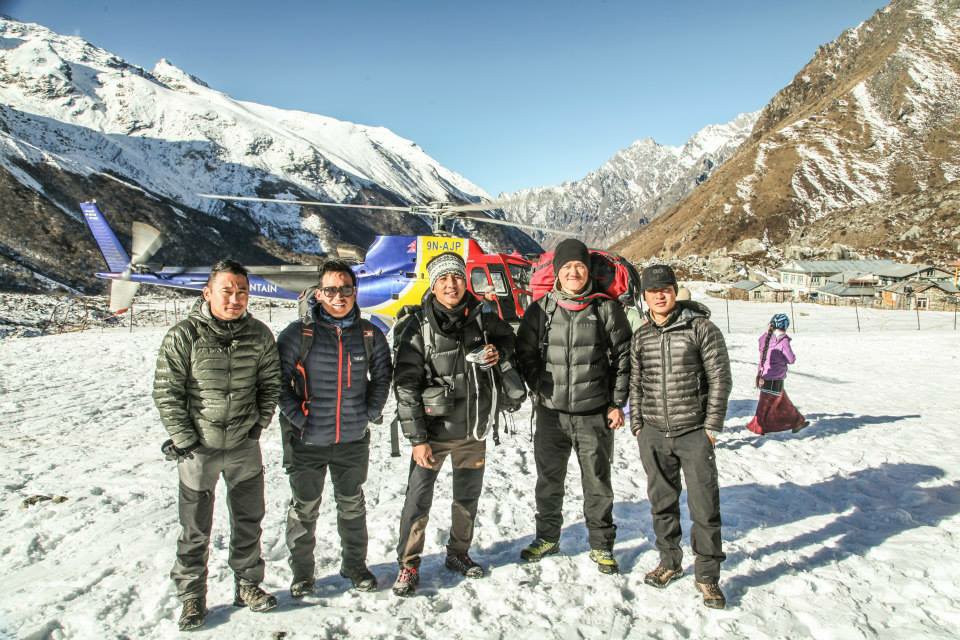 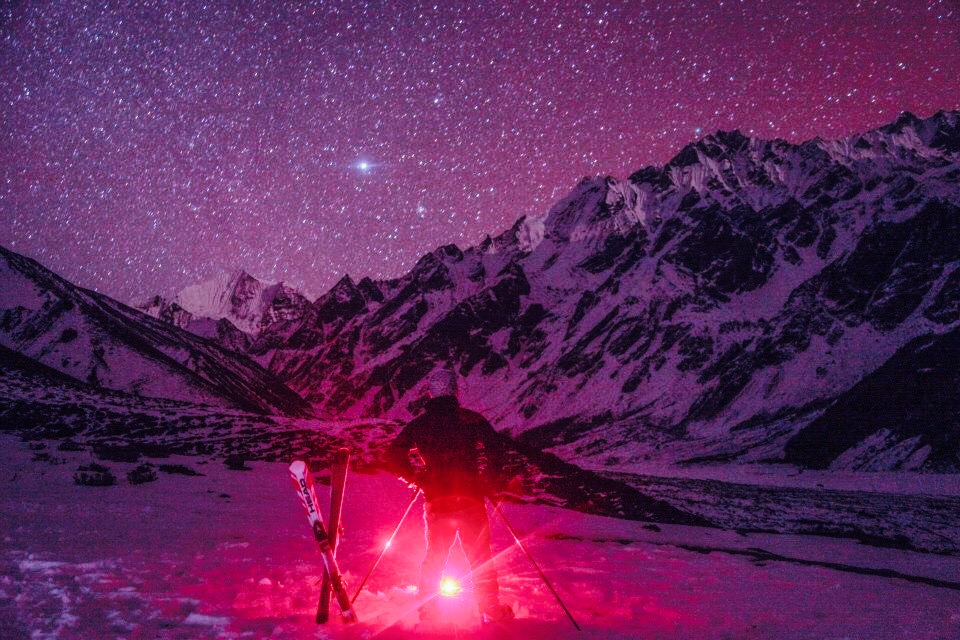 An avid skier, Krishna has experiences of skiing in European slopes to the very Himalayas. His passion combined with his admiration for the mountains of Nepal led him to ski in Dhaulagiri, a mountain standing 8167 meters above sea level; making him the first Nepali person to set his skis on the mountain. He is very modest when sharing his feats and experiences. Showing optimism, he shares that he has received many positive feedback from young Nepalese regarding skiing in Nepal. 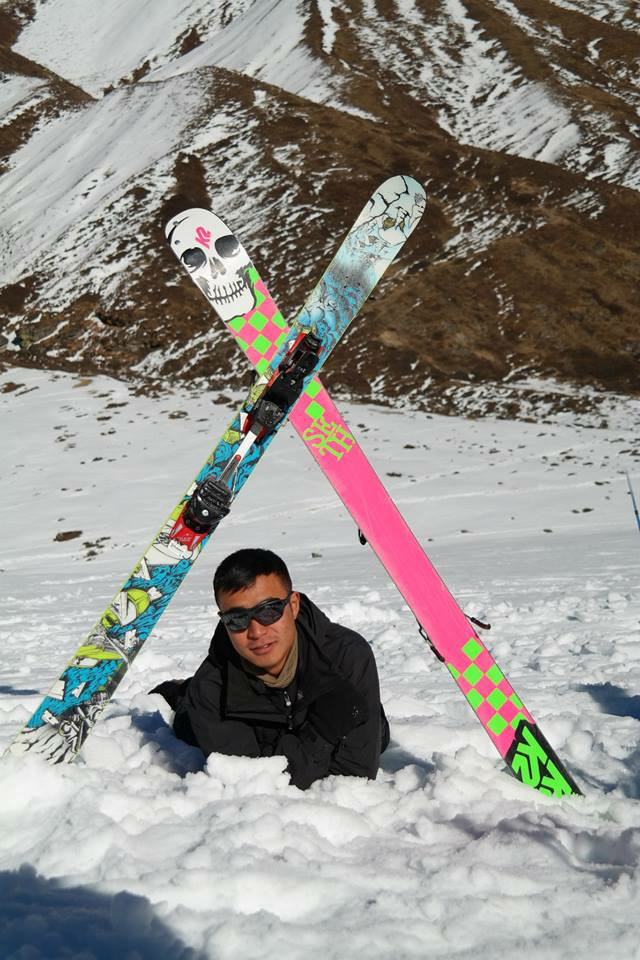 LEX: How has the experience of skiing in Nepal compared to skiing in countries in Europe?

KRISHNA: Comparing the experiences of Nepal with Europe is very different as there are many factors to consider from remoteness, altitude, thrill and the associations of Himalayas in Nepal. It is almost a dream for many to ski in the slopes of Nepal as simply, it is so far for them (for Westerners in Europe/Americas).

LEX: Skiing is relatively a very new adventure sport in Nepal, how has the reception been so far from Nepalese and non-Nepalese?

KRISHNA: It is a new concept for us, however I am very overwhelmed with the interest shown by Nepalese youth and non-Nepalese at the moment.  I am already hopeful that we can represent Nepal at the Winter Olympic 2018.

LEX: Where do you hope to see skiing in Nepal in the next 10 years?

KRISHNA: I have been exploring skiing in the Nepalese Himalayan peaks for the past five years and have been skiing in Dhaulagiri, Langtang, Annapurna Base Camp and more. There are many more areas suitable for learning skiing and I hope these areas will open up for skiing. I am looking to explore the mid and far-west Nepal mountains to see what potential they hold for skiing.

LEX: What is the cost range for skiing for non-Nepalese and for Nepalese?

KRISHNA: Himalaya Ski will provide all the required skiing gears with an internationally qualified ski instructor. The cost per person ranges from £150-£250 for a 10 Day package which also includes sightseeing, orientation and mini-trekking. This does not include international flights/or any flights. The cost is the same to non-Nepalese. Insurance is mandatory and those coming from outside of Nepal will be required to manage their own insurance whilst Nepalese will be able to purchase it for an equivalent of £30.

There will also be a free Mountain Festival with talks on trekking, high-altitude experiences, use of skiing equipment and lessons in Kathmandu on 18th December where we hope to gather interested individuals.

LEX: When is skiing available in Nepal next?

KRISHNA: As I mentioned, we will have the free Mountain Festival in Kathmandu on December 18th later this year and on 21st December we will depart Kathmandu and head towards Langtang until the 31st December for the ski expedition. We welcome all levels of skiing and encourage different age groups to come and join us for this years program. The resort in Langang will be able to accommodate large groups and if necessary, we will have tents, providing a camping experience too. Skiing will also be available to less abled individuals. 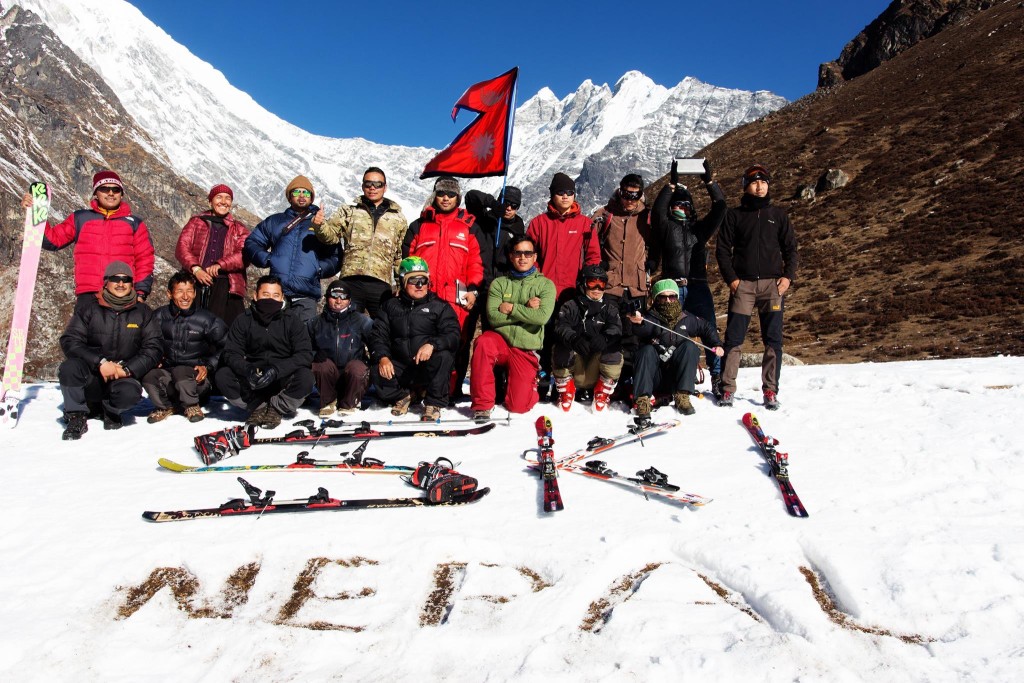 Lex Limbuhttps://lexlimbu.com
Lex Limbu is a non-resident Nepali blogger based in the UK. YouTube videos is where he started initially followed by blogging. Join him on Facebook and follow him on Twitter.
Previous articleDid The Government of Nepal Deny Access To Google Street View??
Next articlePrince Harry’s Nepal Tour: From Patan Durbar Square, Bardia Safaris To Gurkha Homestay