BIBEK LIMBU : From Dubsmash To A Nepali Feature Film

Milan Chams film BIR BIKRAM is only a day away from its UK screening at the Princes Hall in Aldershot on April 2nd. The actors for the film have already arrived from Nepal after a grand premiere in Hong Kong. The film which stars Dayahang Rai, Arpan Thapa, Anoop Bikam Shahi and more also introduces Deeya Pun and Bibek Limbu from the UK.

With Milan Chams from the UK and also having two of the actors from the UK, tomorrow’s screening is going to play an important role in shaping the perceptions of Nepali films for the Nepali diaspora community in the UK. If Bir Bikram is received well and goes on to draw the public in large numbers in Nepal when it releases, the film could open up a new path for new actors Deeya Pun and Bibek Limbu in Nepal.

All this we will only know in the days to come. For now, I caught up with Bibek Limbu to talk about how he got his role in BIR BIKRAM. 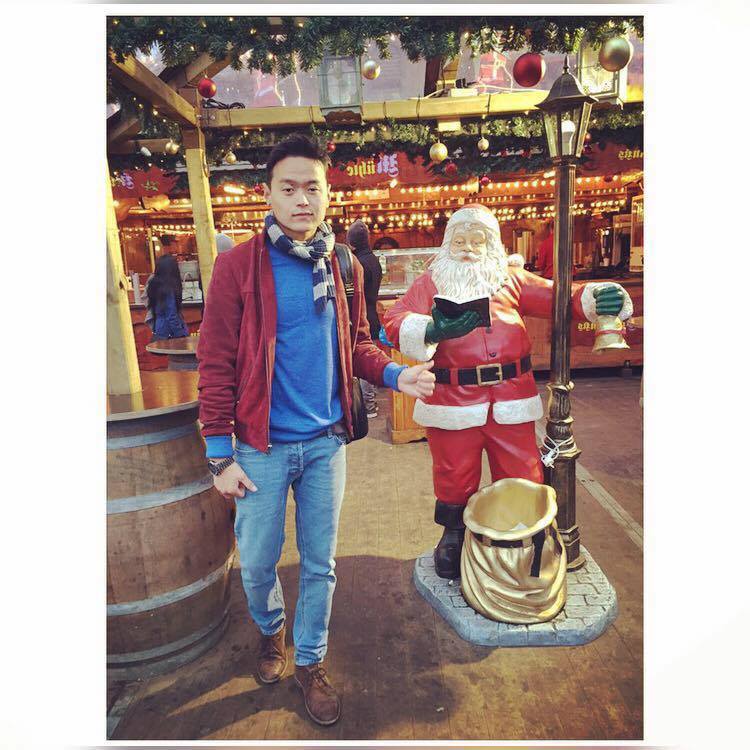 LEX: Your film has already been screened in Hong Kong and will be screened in Aldershot (UK) tomorrow. Please tell our readers a little background about yourself?

BIBEK: Well, I was born in Dharan 23 years ago but right now I live in Camberley in the UK. I have been in the UK for almost six years now.

LEX: So how did your interest in films emerge and your involvement in Bir Bikram?

BIBEK: I was always interested in acting since my childhood days but I didn’t get the right platform to share it. You can say that it was an interest that I have been keeping to myself for a long time so when dubsmash started going viral on social media, I could not stop myself from being part of it and making clips. I started playing different roles with the dubsmash that I made and I guess it exposed another side of me. Fortunately, my dubsmash videos caught the attention of many and also the director Milan Chams. That was how I got my role for Bir Bikram.

LEX: That’s quite a way to get a film role! Can you share how the experience of Bir Bikram was for you, do you have any memorable moments and advice that you got from the crew or co-actors?

BIBEK: Bir Bikram is my first film so I definitely had mixed feelings in the beginning. There was a lot of excitement, nervousness, pressure but overall I had a good experience. All the moments were memorable from the filming and my co-actors were helpful and friendly so they made me feel comfortable and helped me to hone my acting skills. In Bir Bikram, I play the character of a very simple guy. Simple, innocent and funny at the same time… I share most of my scenes with Dayahang Rai. He was a very supportive, advisable and helpful co-actor.

LEX: How was it working alongside talents such as Dayahang Rai, Arpan Thapa, Anoop Bikram Shahi and more?

BIBEK: It was totally amazing to work alongside very talented actors such as Dayahang Rai, Arpan Thapa, Anoop Bikram Shahi, Najir Husen, Shishir Rana and Basanta Bhatta. Initially, I felt a little nervous and excited at the same time to share the screen with such talented actors but their friendliness and down to earth nature made me feel comfortable to do more without hesitation especially Dayahang Rai and Anoop Bikram Shahi. People say Dayahang is very talented but for me he is a legendary actor.

LEX: That’s an amazing team to work alongside with. On a side note can you share with us what you favourite Nepali film and song is?

BIBEK: My favourite film is definitely Kabbadi and Talakjung vs Tulke. My favourite Nepali song is Timi Nai Mero from Jholay.

LEX: Finally, what was an important thing you learned about yourself from your experience of Bir Bikram and will you act in more films in the future?

BIBEK: Yes, definitely! I want to do more Nepali films and I want to establish myself as a good actor. I learnt that we should not be ashamed or have no fear to do what we really want to do… We should share our skills and talents, move ahead and give our 100% in all that we do or else there may be regret along the line.

I don’t know how the movie is going to be received by the public but the crew; we have given our 100% and that is the most important thing for me.

Lex Limbuhttps://lexlimbu.com
Lex Limbu is a non-resident Nepali blogger based in the UK. YouTube videos is where he started initially followed by blogging. Join him on Facebook and follow him on Twitter.
Previous articleHAMLET (in Nepali) At London’s Southbank Centre
Next articleNUS Runner Up Award For Pranay Raj Shakya