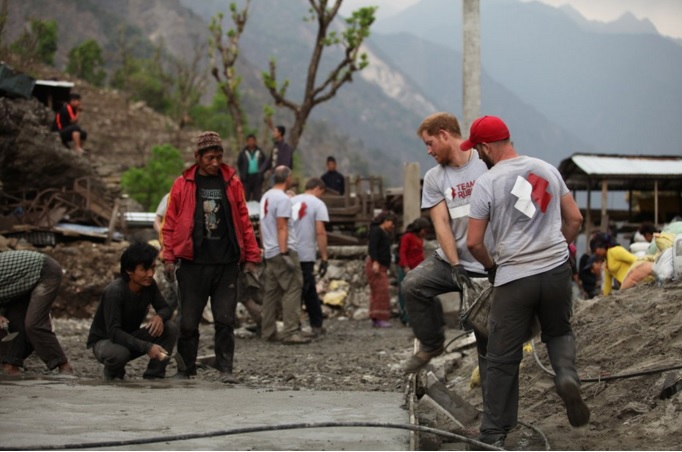 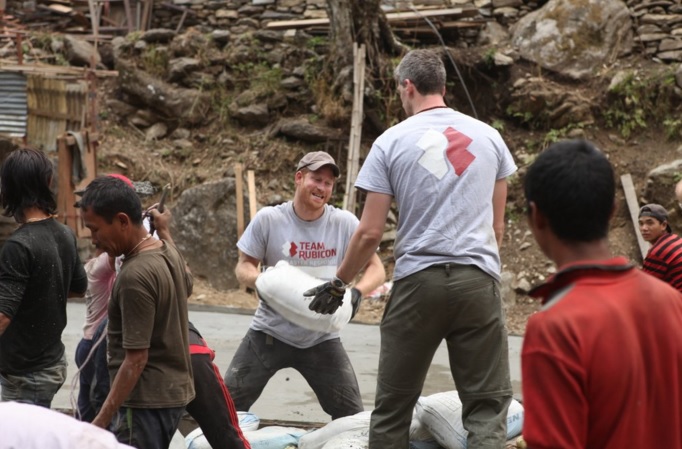 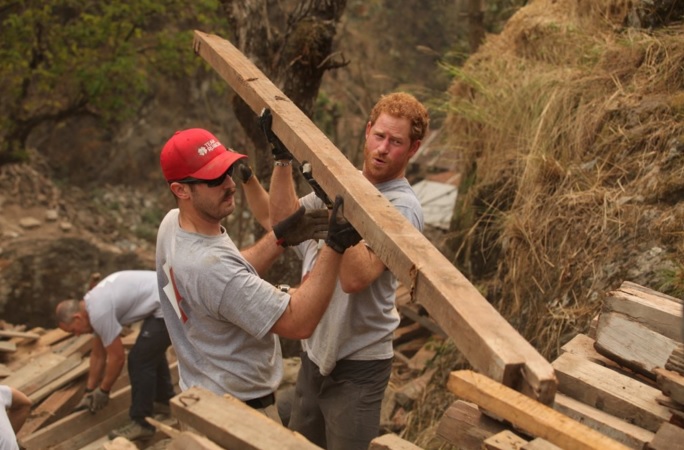 Photos from Prince Harry‘s extended Nepal stay have finally surfaced. After the end of his official Nepal visit, the British Prince stayed an extra six days to assist with an earthquake project by teaming with Team Rubicon UK. Prince Harry literally went from being super visible to invisible during his time with Team Rubicon UK. The charity shared that the project’s “main purpose was to help the community with the ongoing temporary rebuild of their school, so the children will have adequate education facilities as they approach the monsoon season”.

The British Royal joined Team Rubicon volunteers for part of Operation: Nirman (meaning “build’ in Nepali) in the village of Lapubesi in Gorkha. Prince Harry is now back in London and was recently spotted shopping at Waitrose in Kensington.

Photo are from Team Rubicon UK and you can read more about Team Rubicon’s earthquake project HERE.