When Priyanka Karki, Hemant Sharma and Shiva Pariyar performed at the Empire House in Aldershot on Sunday evening, they definitely rocked the venue and the singers even had quite a lot of the audience up on their feet, singing and dancing along with them. The event was quite a show and when compared to other Nepali events taking place in the UK, better organised and it ran accordingly with time. It didn’t start bang-on-time but it wasn’t mega late either! Thankfully all the ‘aasan-grahan’ was done by just calling a long list of names instead of inviting each person up on stage; take notes other organizers. 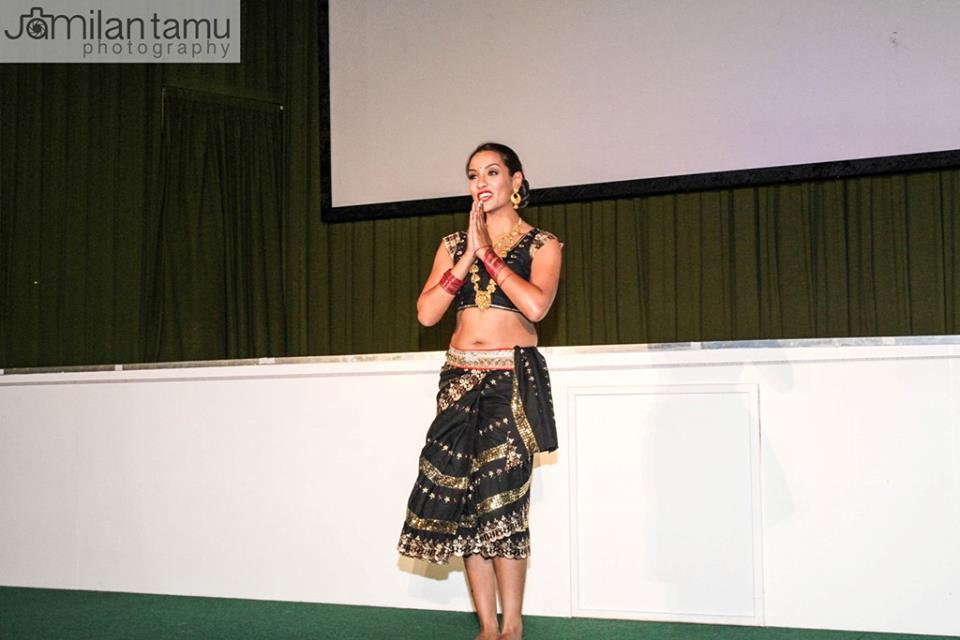 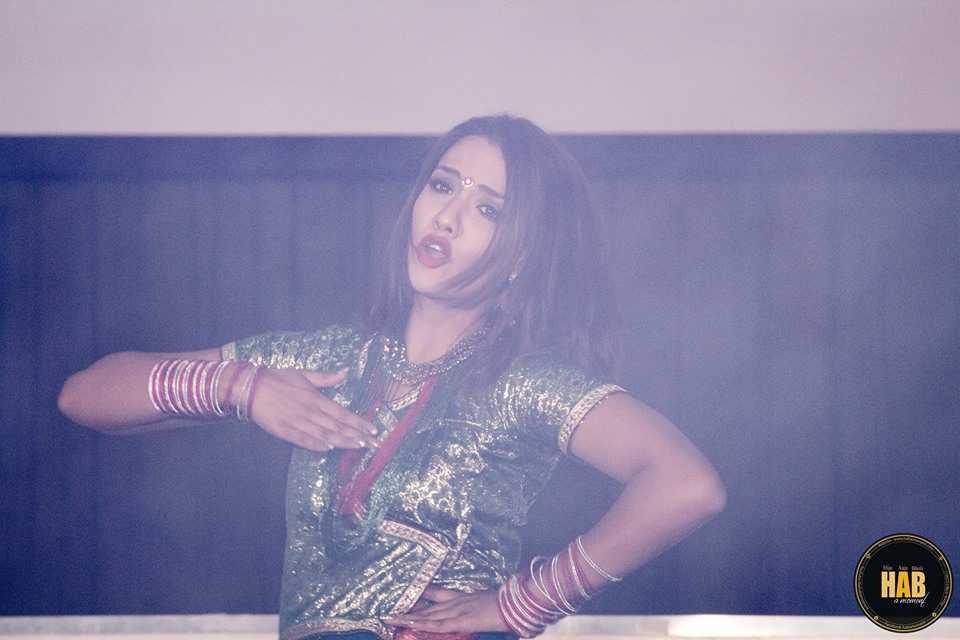 The evening started with the Nepali national anthem followed by the song Bistarai by Anil who lives in the UK. Afterwards, Priyanka Karki performed her first dance followed by Hemant Sharma and then Priyanka Karki’s second and final dance leaving Shiva Pariyar to end the show. Shiva Pariyar can definitely sing for Nepal’ he was indeed unstoppable and embodied a human jukebox as he sang hit after hit! I hardly know of any of Shiva Pariyar’s song apart from Kya Dammi Bho but he still managed to entertain and make people want to move along with him. 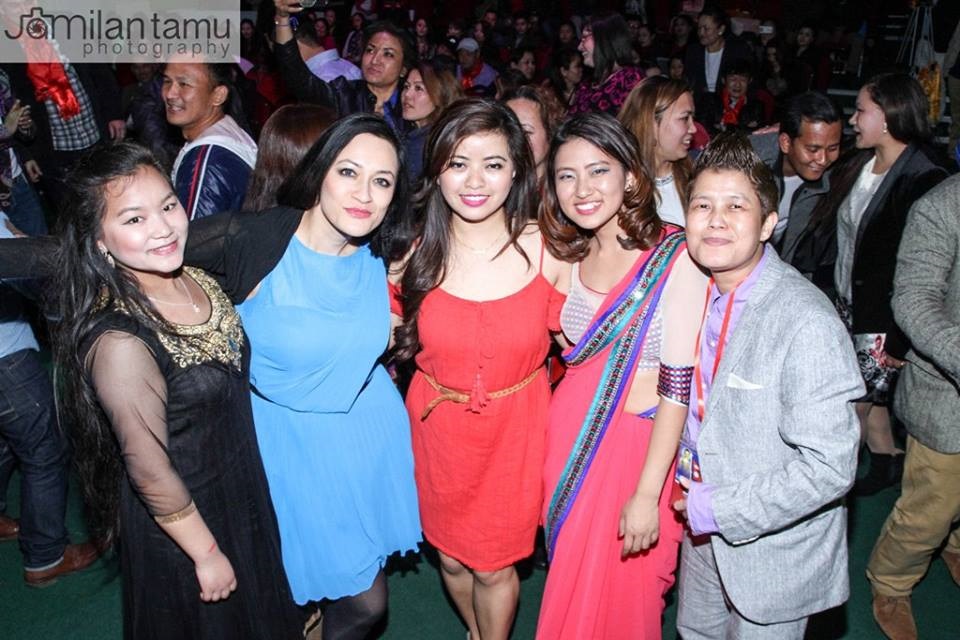 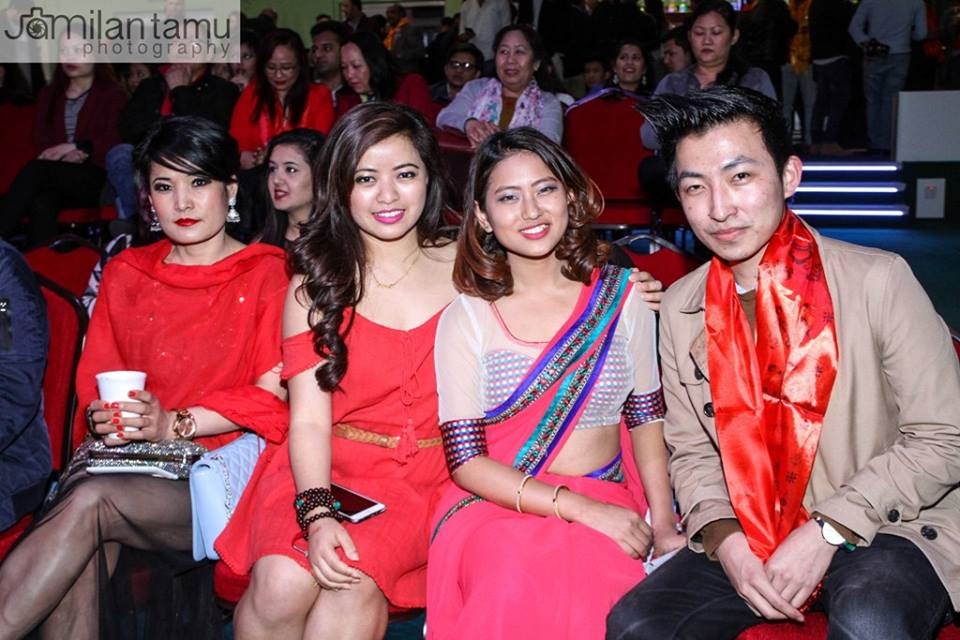 Hemant Sharma is a super nice performer as in between his songs he makes it a point to interact with the audience, share anecdotes and then charm the audience with his amazing voice. Jale Rumal was a personal highlight. Finally, on to the hottest actress right now Priyanka Karki who’s only here for a week (she flew back on Wed April 13) – she definitely wowed me and the entire audience with her flawless dance performance. Her choreography, expressions and entire performance was splendid. The selection of songs belonged to many Nepali film classics from Ma Pyar Bechidinchu, Mohani Lagla Hai to modern film songs starring Priyanka herself such as Surke Thaili, Kammar Mathi Patuki and Siraima Siribandi.

All of this; entertainment, from three very well crafted, talented personalities from Nepal for only £10. It was a bargain indeed.

The three stars from Nepal performed in Harrow on Friday, Ashford on Saturday and Aldershot on Sunday, April 10.

Photos on this blog are from HAB and Milan Tamu. Video courtesy of Mani Ram Rai.

Lex Limbuhttps://lexlimbu.com
Lex Limbu is a non-resident Nepali blogger based in the UK. YouTube videos is where he started initially followed by blogging. Join him on Facebook and follow him on Twitter.
Previous articleSAMAYA DRISHYA Drama in Reading
Next articlePODCAST: 18 Minutes With Satyal and Silwal