One of the hottest heartthrob of Nepali cinema, ANMOL KC is grabbing headlines back to back this week! The actor reportedly became the highest paid actor after signing for the film KRI for Nrs 20 Lakhs! The upcoming film will see Anmol KC as an action-hero, a slight change in direction from his characters in Hostel, Jerryy, Dreams and Gajalu! Hopefully we see something new! Many have criticized the actor for choosing to do similar character in his films till date. The actor will not be seen in films for quite some time due to KRI which is scheduled to go in production from February/March 2017.

I guess that means – go watch GAJALU as it may be a long while before you get to see Anmol KC on the big screen! Also making the news is his recent purchase – a DUCATI sports bike which reportedly cost Nrs 22 Lakhs. Why not aye, why not! After delivering four back-to-back hits, Anmol KC totally deserves this.

On that note, I shall leave you with the new cover of WAVE magazine with Anmol KC and Shristi Shrestha – go watch GAJALU now! 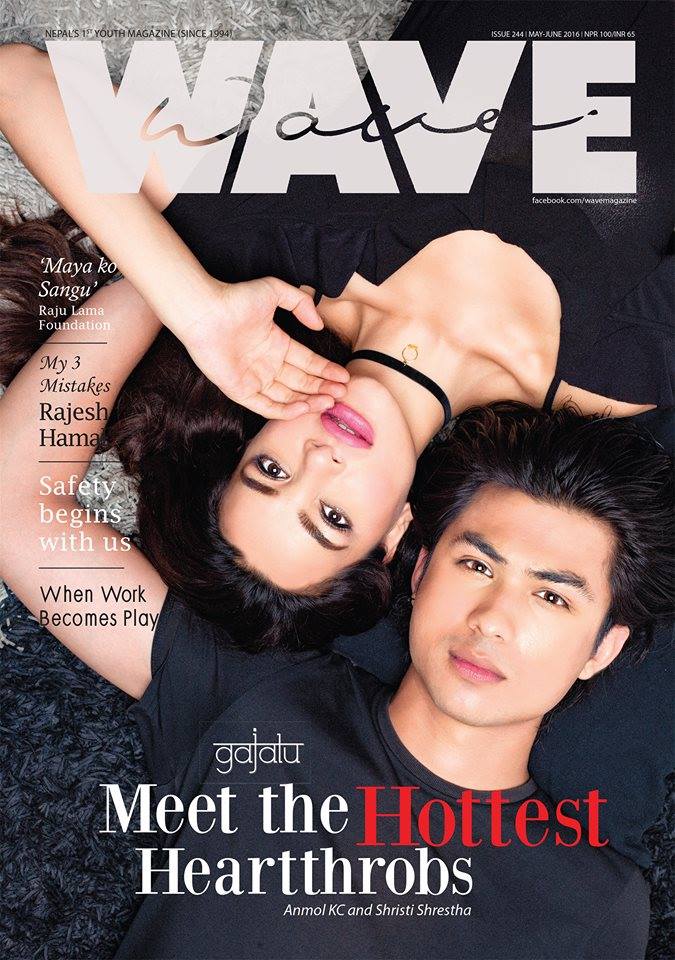 Lex Limbuhttps://lexlimbu.com
Lex Limbu is a non-resident Nepali blogger based in the UK. YouTube videos is where he started initially followed by blogging. Join him on Facebook and follow him on Twitter.
Previous articleKOKO KTM – Online Women’s Fashion Store
Next articlePhiroj Shyangden Sabin Rai and Naren Limbu Arrive For NEPAL MUSIC FESTIVAL