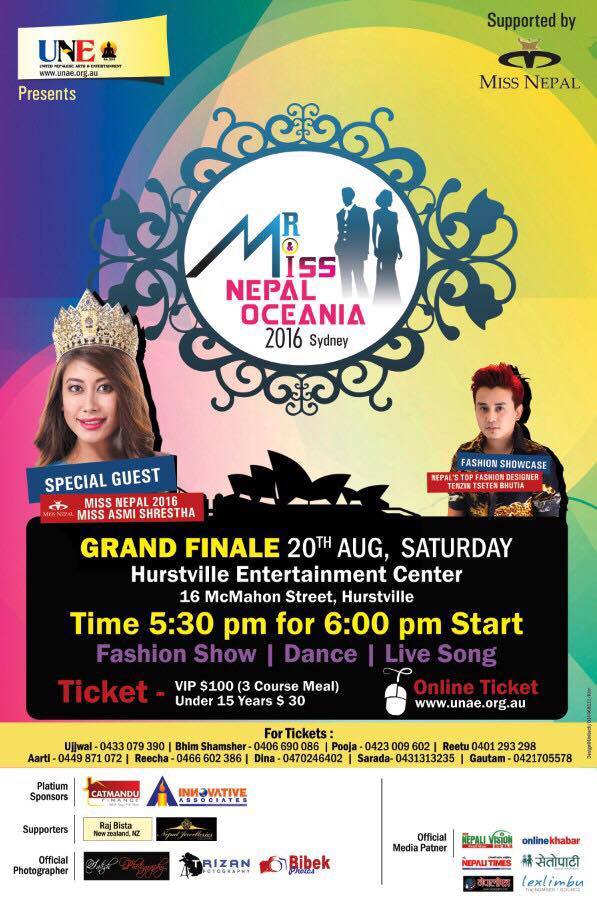 For those down under, United Nepalese Arts and Entertainment (UNAE) are currently busy and well-underway preparing for the upcoming Mr and Miss Nepal Oceania 2016! The pageant which focuses on finding the right individual to become an example for the growing Nepalese diaspora in Australia and New Zealand currently has a total of 14 female contestants and 10 male contestants.

The contestants for Mr and Miss Nepal Oceania 2016 come from Sydney, Melbourne, Brisbane, Canberra and also from New Zealand. This years event will take place on the 20th of August at the Hurstville Entertainment Center with Miss Nepal 2016 Asmi Shrestha and fashion designer Tenzin Tseten Bhutia coming all the way from Nepal.