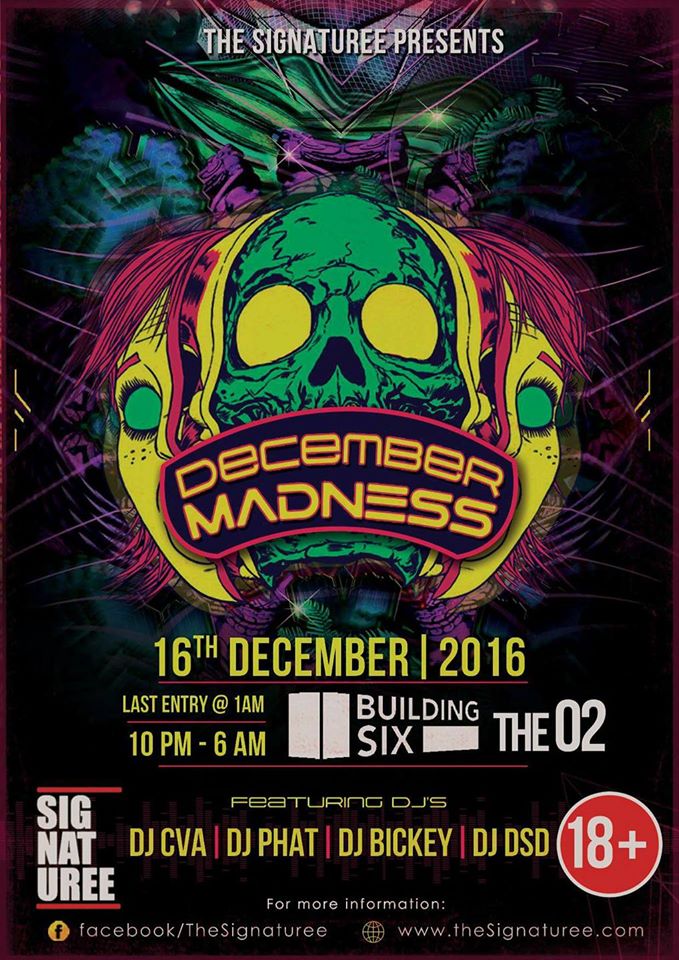 The Signaturee are back with their annual event ‘December Madness’ on the 16th of December! The Signaturee Crew managed to sell out their early bird tickets which went on sale within few hours on Friday evening! Now that is basically a suggestion to how big of a night December Madness 2016 will be. The party in 2015 brought over 2000+ partygoers in Southwark and is hopeful of raising the roof and having the dancefloor packed with Nepalese and non-Nepalese from London and beyond at The Building Six venue at The o2, North Greenwich.

The DJ’s that are no stranger to Signaturee events – DJ CVA, DJ PHAT, DJ DSD and DJ BICKEY will be dropping their best beats on the 16th. You may have missed out on the early bird tickets so make sure you don’t miss out on the advance sales with general ticket at £15 and VIP at £20. The ticket prices will be bumped up to £20 and £25 on the day of the event.