7 Year old Syrian girl Bana Alabed has been giving people across the globe an idea of what it’s like to be living in terror. The young girl and her mother Fatemah, often tweet live updates including photos and videos from Aleppo. Over the weekend there was a scare about Bana’s disappearance after her Twitter account could not be traced online.

We are often told about war zones by reporters so to follow someone actually from the place itself gives a totally different insight. That’s probably the reason why she has over 210,000 followers on the micro-blogging site. Words cannot express what is happening in the Battle of Aleppo! So many lives have been lost.

I’ve embedded one tweet below and screengrabbed several others to give you a glimpse of Bana’s Tweets from Aleppo! 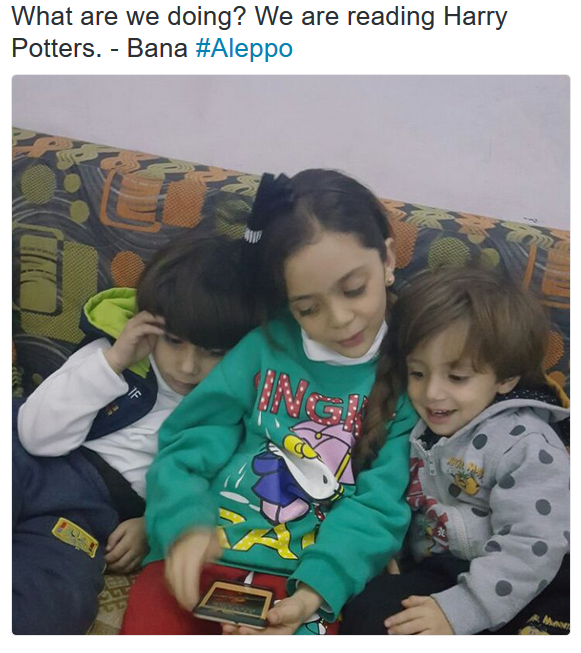 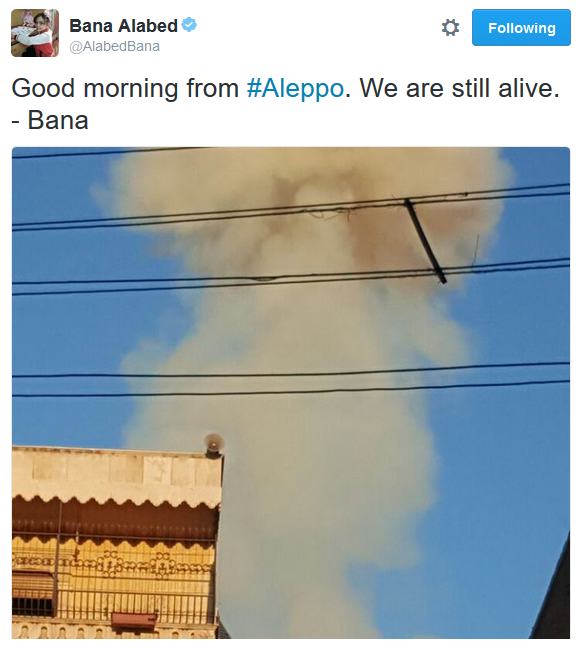 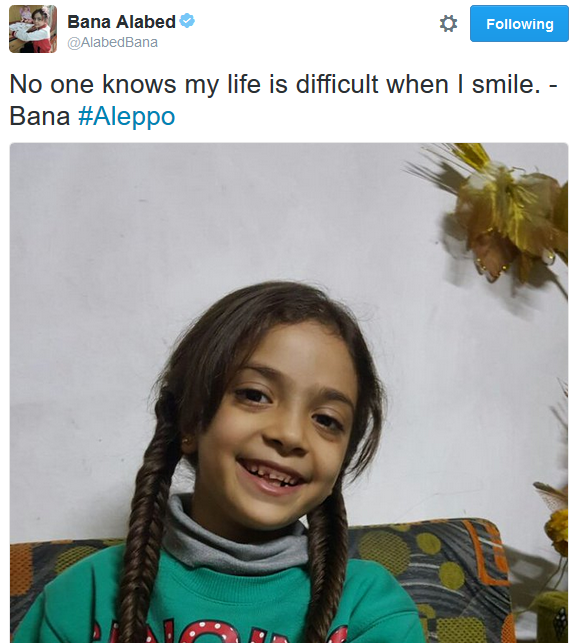 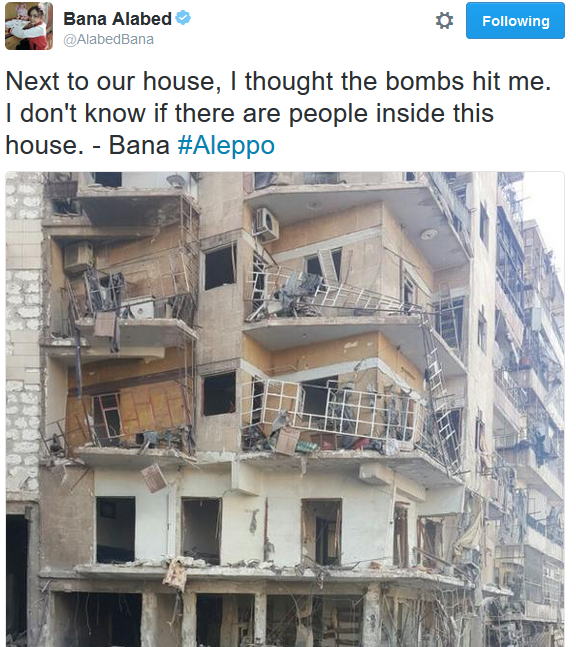 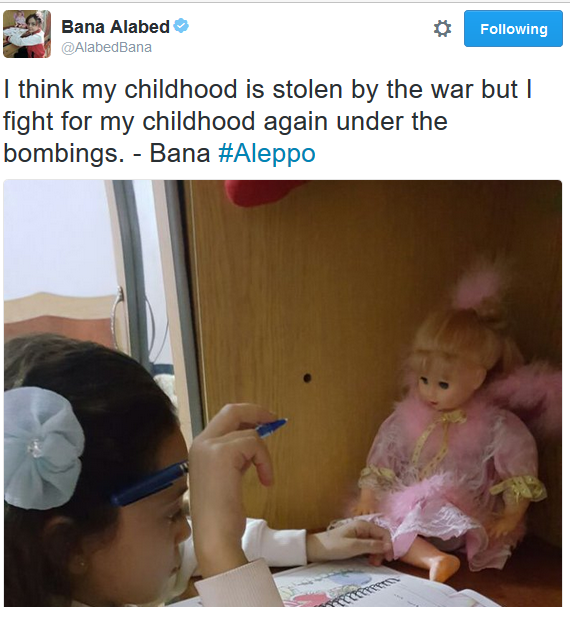 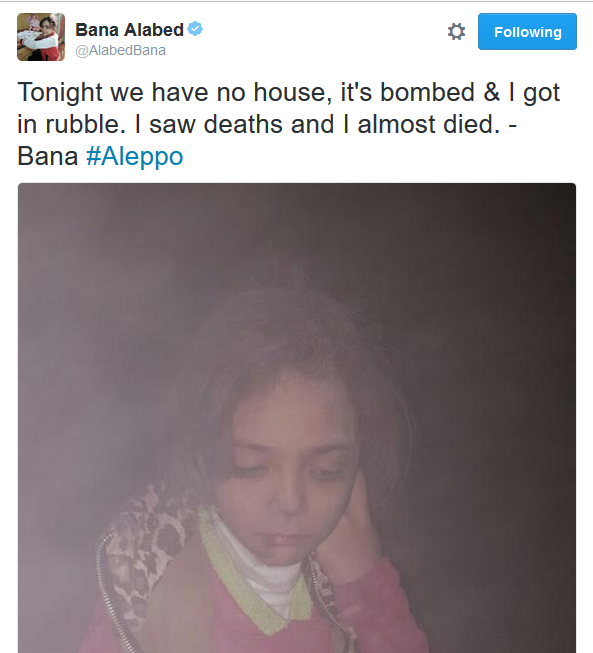