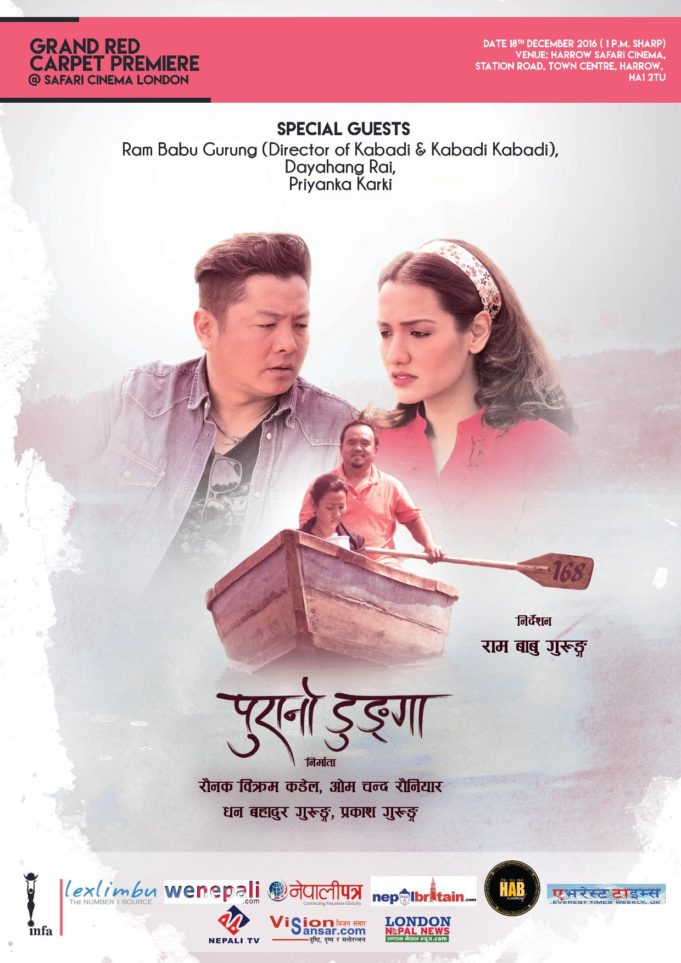 The popular duo PRIYANKA KARKI and DAYAHANG RAI will be together off-screen for the UK premiere of PURANGO DUNGA at Harrow’s Safari Cinema. The screening which will also have director Ram Babu Gurung will take place from 1PM onwards on Sunday December 18th. Joining the stars at the screening will be the UK’s new Nepali Ambassador Dr Durga Bahadur Subedi.

Actor Dayahang Rai and director Ram Babu Gurung attended the Australian premiere of Purano Dunga shortly after the release in Nepal. The film which is based on the tale of two brothers burst into popularity with the song Nira (Jaile Risaune). Tickets for the exclusive London premiere can be purchased via the contact numbers displayed on the promotional material (only limited numbers). Purano Dunga which has been brought to the UK by International Nepalese Film Academy will be released in Cineworld, Odeon and VUE cinemas from January 7. Of course, you will get the general cinema release dates/times from lexlimbu.com!

The deadline for the Purano Dunga Dance Cover Competition has also been extended till the midnight of 16th December with the winner to receive £100 cash prize and two tickets to the premiere! All you have to do is record yourself dancing to Nira Jaile Risaune and send it in! In your video – make sure you introduce yourself and mention that the Purano Dunga Premiere is taking place on 18th December at Safari Cinema in Harrow! Submissions can be recorded straight from your iPhone or camera – send them in at nepalesefilm@gmail.com. Easy win! Get that moolahlah!