There seems to be no stopping for the Nischal Basnet film LOOT 2! The film has seen a lot of people turn up at the screenings and I am sure that had a lot to do with Saugat Malla and Dayahang Rai gracing the screenings as well. Of course, the sequel to LOOT is an all-out entertainer! A story of Gophle and friends seeking revenge! LOOT 2 will be screened by Gurkha Warriors in Reading on March 11th at the Wycliffe Baptist Church from 5PM.

The event company have announced screenings in the towns of Hounslow, Plumstead and Basingstoke. There is possibly more screenings of LOOT 2 currently being organised by other independent groups. Make sure you check around and see if your community is screening the film. 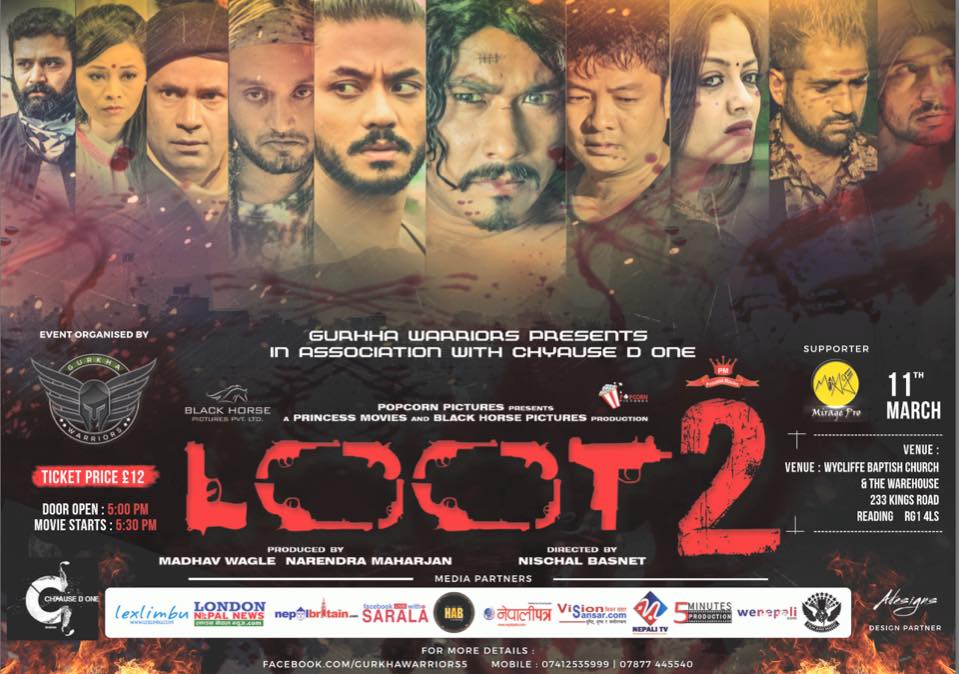