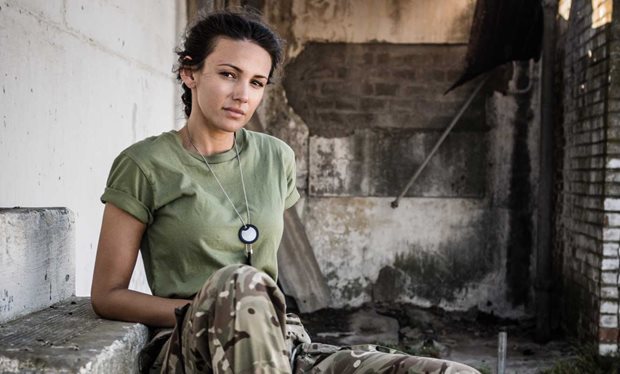 British actress Michelle Keegan has just wrapped up filming for the BBC drama Our Girl in Nepal and described the experience as “an eye opening journey”. Keegan who previously acted in Coronation Street was in Nepal to film for the season three of the hit drama series. The crew of Our Girl including Sean Jward, Rolan Bell and Ben Aldridge were in Nepal for filming. The actress shared a photo of her holding her sunglasses, perched on the stairway of a historic monument as she candidly posed for the camera on her Instagram with the caption “Last day in Nepal… what an amazing eye opening journey. Coming away with a totally different perspective on life. Feeling very blessed and thankful. #itsthelittlethings #glasshalffull #ourgirl3”.

Well it’s pretty exciting that the drama was filmed in Nepal. I’ve not watched Our Girl but reading about it through Tweets and people’s Facebook Statuses leads me to believe that it’s pretty good! Actress Keegan was also awarded the FHM ‘Sexiest Woman In The World’ title in 2015. Killin’ it!