Lex Limbu
June 20, 2017
Share
Facebook
Twitter
Pinterest
WhatsApp
With many projects and characters behind him, Deepak Gurung is another name to look out for in the film BLACK SUMMER. Gurung who has been involved actively with Nepali events and arts in the UK is known for multiple roles including being a talk-show host with The Patman Show and popularly being recognised as the Nepali Spider-Man! Beyond events and interviews, the Woolwich based aspiring actor has many short-films, theatre and a feature film U-TURN to his credit.
In BLACK SUMMER, Deepak is seen in the role of a brother to the lead actress in the film. It was a role which he felt he would be able to borrow real life experience as a brother to two sisters. As he gets ready for the world to watch BLACK SUMMER at the Reading Film Theatre on Saturday, June 24, I quickly had a chat with him!
Watch Trailer Here 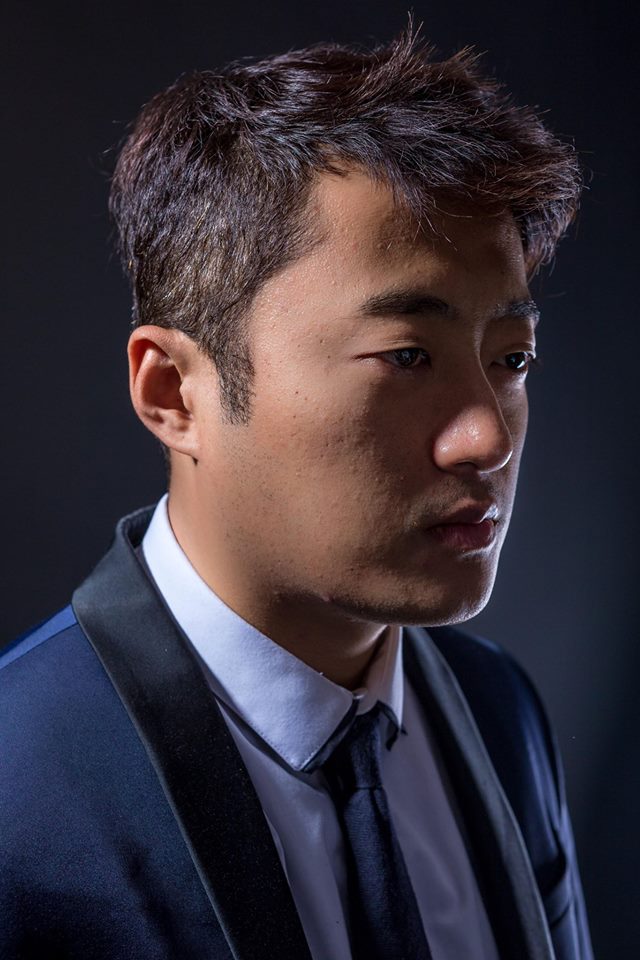 LEX: You’ve been involved in a lot of different projects here in the UK and played with different characters, what is a project of yours that you’ve personally enjoyed the most?
DEEPAK: I enjoy making YouTube videos with my team Mirage Pro. Currently we are finalising a short film called Moon River which will be out very soon. The project that I’ve enjoyed the most would be the funny short films I have done in the past few years including Nepali Spiderman. The crazier the character, the better and in recent times, Black Summer!
LEX: You’ve always aspired to be an actor and whoever knows you, will know that you’ve dreamed of doing this. How did BLACK SUMMER happen for you?
DEEPAK: Acting had always been something I was interested in. Maybe it’s because I love the world of movies and entertainment. I love how the actors are able to move you emotionally through their characters. I fell in love with that idea so I took up acting. L.B Subba, the director of the film was my co-actor in my first feature film U-Turn. We got to know each other well during the shooting. One thing I must say is that L.B. dai is a very hard worker and a very patient man. He offered me the role for Black Summer in the beginning of last year. I instantly said yes. Like Mr Richard Branson says “if anyone offers you an opportunity, say yes and learn how to do it later.”
LEX: What can you tell us about the character you play in BLACK SUMMER?
DEEPAK: I play a brother and a lover haha. Brother to one of the leading actress and a lover to one of her friend. I am a brother to two sisters in real life so I thought it wouldn’t be hard for me to do the role. How wrong was I? It took me multiple shots to do a single scene. Trust me, it was very hard to become the character that your director wanted. Reel life brother was a challenging role but I definitely learned a lot from it.
LEX: I’ve asked many about the experience of filming with a crew in the UK. How was it for you?
DEEPAK: Filming here in in the UK was very hard and stressful. Everyone here has a job or are studying and it’s not easy to manage your time for the shoot. However, as they say “where there is a will, there is a way.” Everyone in the team were very passionate and hardworking. The whole crew managed to take two weeks off to go film in Snowdonia, North Wales. The journeys were long but it was with good company. I especially enjoyed the company of Sapana and Jyasang during the long drives. We later became best of friends. More like best brother to them. The weather was absolutely freezing with rain and strong wind to top it off. But we got through it as a team. My worst days during the shoot was when I had an accident while driving after finishing 14 hours of shoot in Reading. It wasn’t easy commuting to the shoot after that. To make it worse, my phone died on me as well. That summer did feel black to me then. But I didn’t give up because of my ever supportive team. I had fun with everyone but especially Jyasang bhai as we were room mates during the location shoots. He is a very good guy and a very good musician as well. He has a very bright future in this industry. I wish him all the best.
LEX: What would be an ideal character that you would love to play in the future?
DEEPAK: My ideal character would be to portray a life story of someone who has achieved greatness during their lifetime. A biopic would be my ideal project. There are few plans in my head regarding this. I just need to take action. It’s quite a big plan but I think you should always plan and dream big in life. Never settle for less and keep chasing your dreams. And finally, trust that you’ll succeed one day.
LEX: Lastly do you have any message for the readers and your team?
DEEPAK: I would like to thank everyone in the team for your love and support. We all made it because of our hard work. Reema is a very talented actor and I would like to thank her for the support and guidance throughout the shoot. She is a girl full of life. She’s unstoppable. Ambika is so young yet full of talent. She has the potential to become a great actress. Nothing to say about Sapana. She’s my favourite. Haha! Monika, Ritesh, Jyasang and everyone else, they all have potentials to be greater. My huge respect to Ritesh and L.B. dai. Black Summer wouldn’t have been possible without them.
Lastly, thanks for having me in your blog bro and everyone else for reading this. Keep doing what you doing. See you on Saturday! Jai Black Summer!
Follow Lex On Twitter!

Lex Limbuhttps://lexlimbu.com
Lex Limbu is a non-resident Nepali blogger based in the UK. YouTube videos is where he started initially followed by blogging. Join him on Facebook and follow him on Twitter.
Previous articleFinal Stock Of Gurkha Cross Khukuri Sekonda Watches Back In Stock!
Next articleThird Eye Teams Ojesh Singh Confident About Upcoming Nepali Film Award In UK!