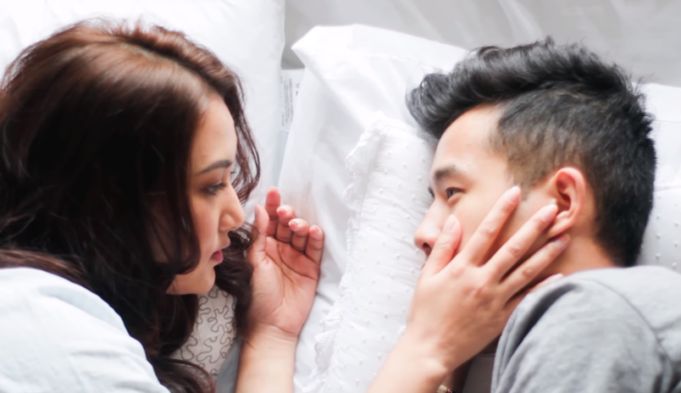 Shilpa Maskey and Kiddo have come together for a dance cover of the melodic Bhanai by the Sikkim based band Tribal Rain. The video by Ramuna Pun starts off with Shilpa alone in bed wearing a wistful look, soon joined by Kiddo as they lose themselves in the rhythm of the music and flow into soundless choreography. Maskey has featured in several music videos and was recently seen in the TV advert for ALWAYS sanitary pads. In the dance cover of Bhanai, Shilpa is joined by Kiddo (Dipson Ghale) who recently came second place at the Inter-Uni Nepalese Dance Competition representing University of East London Nepalese Society.

Shilpa Maskey will be performing at the National Box Office Film Fare Award 2017 on Saturday, July 1st in Aldershot.

Watch Shilpa in 100 Years Of Beauty in Nepal